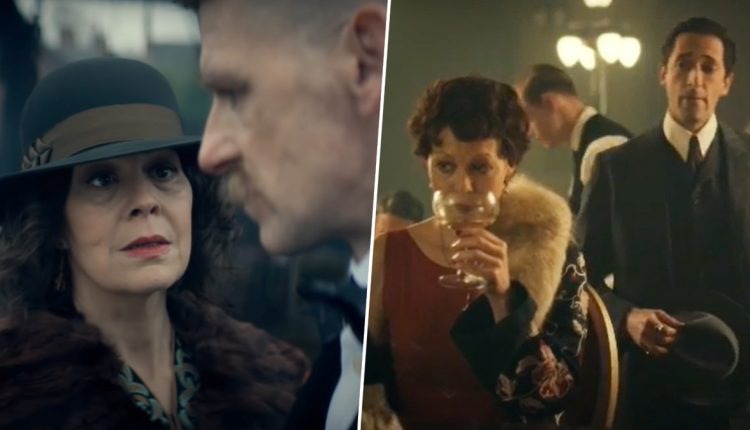 One of the known names in the acting world, Helen McCrory, the British actress has passed away battling cancer at the age of 52. The Harry Potter actress won heart for her role of Polly Gray in the BBC show Peaky Blinders and yes she was one of my fav characters from Cillian Murphy’s superhit show. Helen McCrory’s Aunt Polly is the most charismatic character, a lady boss with authority, grace, style and versatility that clearly made a place in fans heart for her acting prowess and stellar performance.  Helen McCrory as Polly Gray had a pivotal role to play in Peaky Blinders Season 6 as she chose son Michael over Thomas Shelby as season 5 concluded. Helen McCrory owes the character and she played Polly with a lot of heart and grace that show fans were heartbroken to know the actress’ demise. Anushka Sharma Mourns ‘Harry Potter’ Actor Helen McCrory’s Demise.

Helen McCrory as Polly sipping whisky and having a black cigarette at the bar in her stylish fur coat makes her presence felt. Adrien Brody who plays the baddie Luca Changretta confronts the lady who offers him an alliance to take down Tommy. The two major characters meet in this polite well-written scene.

Polly’s Advice to Arthur and Talk With villain Oswald Mosley are two of the most striking scenes from Peaky Blinders Season 4. The Gypsy Queen arrives in her vintage car walks off in her hills off and meets Arthur to advise him in the heat of the situation. Now that’s some class entry! Her meet with Fascist party’s Oswald Mosley is another scene where the actress dominates the screen by engaging the conversation.

Polly Gray and Tommy Shelby enter the church to warn the nun about the corruption going on in the religious organization. Just as usual Helen McCrory steals the screen yet again as she pulls out her black cigarette and warns the nun about the balance sheet and wrongdoings in church. The scene ends with both departing the place announcing there will be no more donations from now on.

From a steamy sex scene with a guy half of her age to murdering the Irish Sherif in season one, Helen McCrory’s love affair in the show is yet another highlight. Falling in love with a painter to settling down for marriage with Aberama Gold, we see some intense act of the late actress. Her immense care for the Shelby’s and performing those emotional scenes with perfection was really her talent. Confronting her lover painter is yet another scene that’s spot on.

Tommy surprises Aunt Paul in this one of the most memorable scenes that come from Peaky Blinders season 2. She is surprised that the boys remembered her birthday and gifts the Gypsy Queen a partnership in their firm. Rest In Peace Helen McCrory, You will be always missed, especially as Aunt Polly, the true Queen of the show Peaky Blinders.

(The above story first appeared on Scoop Buddy on Apr 17, 2021 03:01 PM IST. For more news and updates on politics, world, sports, entertainment and lifestyle, log on to our website scoopbuddy.com).