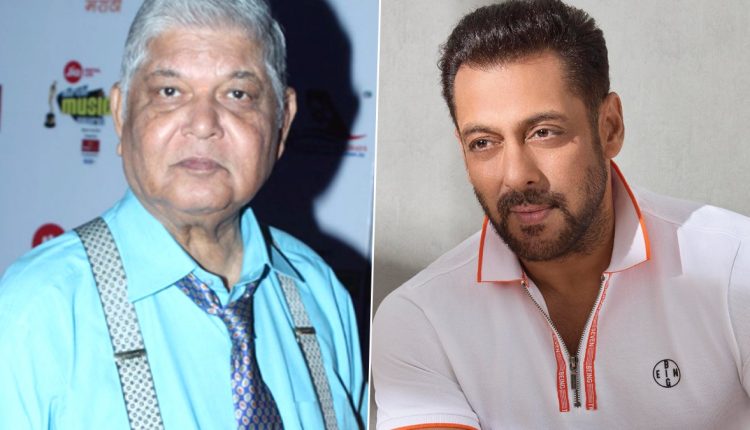 Renowned music composer, Vijay Patil aka Raamlaxman breathed his last in the wee hours of Saturday (May 22) in Nagpur after a prolonged illness. He was 78. According to reports, the deceased was staying with his son, and his last rites will be performed today in the noon. He was a legendary composer with many hits under his belt. Over his four-decade-long illustrious career, he was able to churn tunes for more than 150 films in Hindi as well as regional films like Marathi and Bhojpuri languages. But having said that, he has scored many famous Salman Khan songs. Raamlaxman Passes Away; Lata Mangeshkar Mourns the Demise of the Popular Music Composer.

And so as a tribute to the great music composer who is no more, we would like to list down some of his best works over the years that will always be cherished. His blockbuster tunes are from films like  Maine Pyar Kiya and Hum Apke Hain Koun. Have a look. Vijay Patil aka Raamlaxman Dies at 78; Music Composer Was Known for His Hit Melodies in Maine Pyar Kiya, Hum Aapke Hain Kaun and More.

From the film, Maine Pyaar Kiya (1989) starring Salman Khan and Bhagyashree, this melody was a hit. Sung by SP Balasubrahmanyam, the music of this one was given by Vijay Patil aka Raamlaxman.

This soothing theme song from the movie Hum Aapke Hain Koun..! (1994) is one of the superhits of Vijay Patil. This one starred Salman Khan and Madhuri Dixit. Watch.

From the film, Hum Aapke Hai Koun again, this beautiful track’s music was also given by none other than Raamlaxman. This one starred Salman, Madhuri Dixit, Mohnish Bahl and Renuka Shahane.

One of the classic old hits, featuring Salman and Bhagyashree, the song was a sensation during its time and is still loved by many. It’s a Rajshri Productions movie and the music of this one was scored by Vijay Patil.

Sung by Udit Narayan, Shankar Mahadevan, Saif Ali Khan, Hema Sardesai, Hariharan, this song can be considered as one of the fun songs composed by Raamlaxman. It’s from the movie Hum Saath Saath Hain (1999).

These are some of the best Salman Khan songs from the 90s churned by Raamlaxman. Vijay Patil became Laxman of the composer duo ‘Raam-Laxman’, however, even after the death of his partner Ram, he continued to compose music under the same name. May his soul RIP.

(The above story first appeared on Scoop Buddy on May 22, 2021 12:34 PM IST. For more news and updates on politics, world, sports, entertainment and lifestyle, log on to our website scoopbuddy.com).

Cristiano Ronaldo Included in Serie A Team of the Season By EA Sports FIFA 2021, Zlatan Ibrahimovic, Achraf Hakimi Miss Out in the List