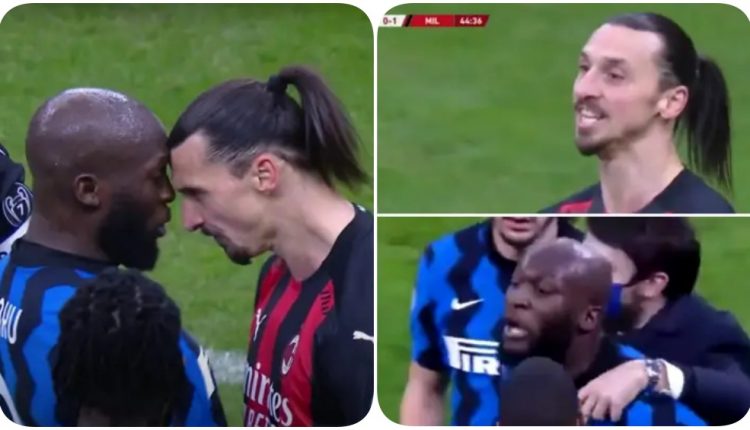 Inter Milan has been crowned as the champion for Serie A 2021 season. Post this former Manchester United star Romelu Lukaku took a jibe at his former teammate Zlatan Ibrahimovic via social media. Lukaku posted a tweet on social media with a picture of his team celebrating their win. The picture had an interesting caption too. “The real god has crowned the king! Now bow down,” read the caption of the snap. He also used an emoji of a winking face and a crown. As we all remember, way back in February 2020, Lukaku had posted a picture of himself and said that there was a new king in town. Romelu Lukaku Takes a Jibe at Zlatan Ibrahimovic After Inter Milan Beat AC Milan 4-2, Says, ‘There’s a New King in Town’.

Eight months down the line,  Zlatan during one of his interviews in October 2020 had said that Milan never had a King, they have a God.  This was quite an instance of war of words between the two. But, even today it seems Lukau has not forgotten words by Zlatan and took a jibe at the AC Milan striker. By winning the Serie A 2021 title, the team ended the dominance of Juventus.

Now, let’s have a look at the tweet by Lukaku:

has crowned the king!

The two players had an infamous spat during Copa Italia in January and as a result, both Zlatan and Lukaku got banned for a game. Their spat back then also grabbed headlines.

(The above story first appeared on Scoop Buddy on May 05, 2021 08:48 PM IST. For more news and updates on politics, world, sports, entertainment and lifestyle, log on to our website scoopbuddy.com).