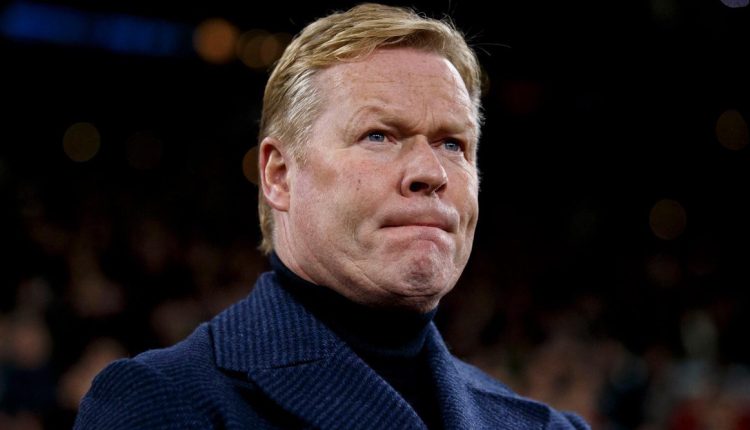 Ronald Koeman is now doubtful for Barcelona lifting up the La Liga 2021 title after their 3-3 draw against Levante. Lionel Messi and Pedri scored first-half goals at the 25th and 54th minute of the game. The match was at 2-0 at half-time and the Catalans lead the game. The home team made a stunning comeback in the second half with a goal at the 57th and 59th minute respectively. Ousmane Dembele then chipped in a goal at the 64th minute of the game and then Sergio Leon scored a goal at the 83rd minute of the match.  Levante 3–3 Barcelona, La Liga 2020–21 Result: Sergio Leon’s Late Goal Leave Barca Trailing in Title Race After Thrilling Draw.

The match ended with a 3-3 draw and after the game, Ronald Koeman in the post-match presser said that the team was very good in the first half of the game but slipped in the latter half.  The second half of the game disappointed him and the Barcelona manager pointed out that there were a few errors in the defence. While speaking about the title, race Koeman explained, “Our objective was to win our final three games and see if the others dropped points but now it’s very difficult.”

Talking about the points table, Atletico Madrid is number one on the La Liga 2021 points table with 77 points. Barcelona features on number two with 76 points and Real Madrid is placed in the third spot with 75 points. This only means that the title race is still open and we still do not know which team can walk away with the title.

(The above story first appeared on Scoop Buddy on May 12, 2021 06:40 PM IST. For more news and updates on politics, world, sports, entertainment and lifestyle, log on to our website scoopbuddy.com).