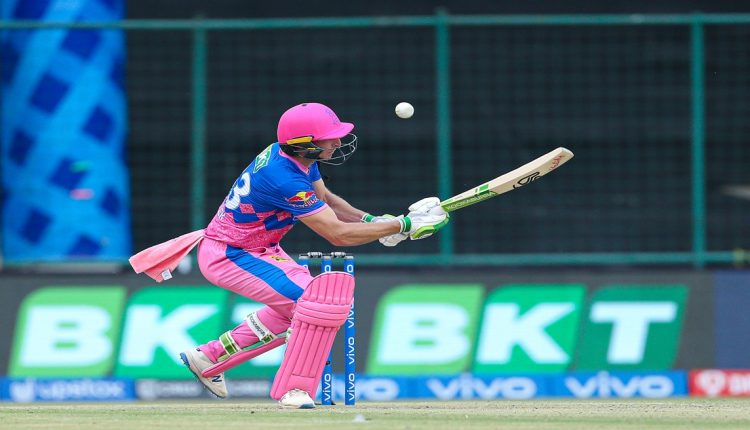 If one were to look at the Sunrisers Hyderabad camp today, it was marred with controversies. David Warner stripped of the captaincy and also axed from the playing XI. His exclusion of the playing XI raised a lot of many eyebrows. Cut to the game against Rajasthan Royals. So newly crowned skipper of SRH Kane Williamson won the toss and elected to bowl first. Little did they know that the Jaipur-based franchise would come up with a mammoth total of 220 runs. It was Jos Buttler who led the team to a massive total of 220 runs and thus the crushed Sunrisers Hyderabad by 55 runs to secure a couple of important points. RR vs SRH Highlights of VIVO IPL 2021: Rajasthan Royals Beats Sunrisers Hyderabad by 55 Runs.

Talking about Buttler, he scored 124 runs.  During his innings, the English batsmen slammed 11 boundaries and eight maximums. Sanju Samson was the one who fell short by a couple of runs. The team as mentioned above posted a total of 220 runs. Coming to SRH batting, it would be safe to say that. SRH batsmen once again put up a disappointing show. Manish Pandey and Jonny Bairstow were the ones who scored the 31 and 30 runs respectively. Now, let’s have a look at the stats below:

#Jos Buttler slammed his first century in IPL as he made 124 runs.

#Buttler also brought up his highest score in the IPL.

Chris Morris and Mustafizur Rahman were the ones who walked away with three wickets each. Rajasthan Royals now stands on number five on the IPL 2021 points table.

(The above story first appeared on Scoop Buddy on May 02, 2021 07:47 PM IST. For more news and updates on politics, world, sports, entertainment and lifestyle, log on to our website scoopbuddy.com).