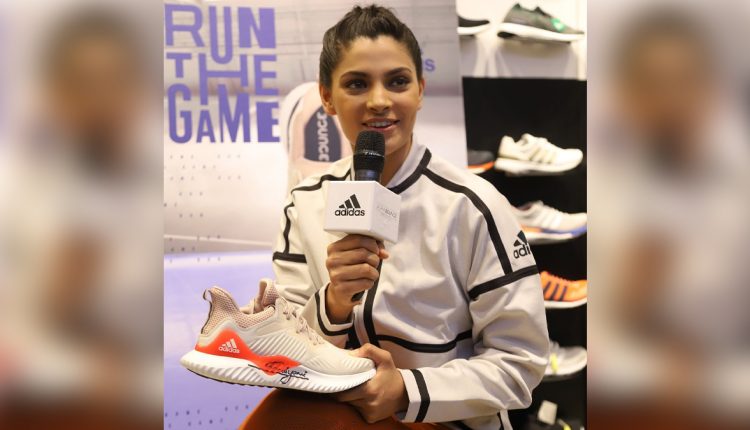 As Adidas launched its new brand campaign called ‘Impossible Is Nothing’, we caught up with Bollywood actor Saiyami Kher on her association with the brand’s new campaign and how she resonates with the tagline. Speaking about her ‘Impossible Is Nothing’ moment, Saiyami said that there were many naysayers in her life but because of her optimistic attitude, she was able to become an actor. Saiyami also shared that she is very passionate about acting and was fortunate enough to work with famous directors like Anurag Kashyap, Rakeysh Omprakash Mehra, and Neeraj Pandey. She also spoke about how every individual should resonate with this tagline and should start working on the possibilities to achieve the desired goals. Choked: Saiyami Kher Talks About Her Critically Acclaimed Movie and the Happenings of Last Year.

‘Impossible Is Nothing’ is going to be a refreshed brand attitude. Adidas is aiming to inspire the world to see the various possibilities. It will drive through the lens of Sustainability, Credibility, and Inclusivity. Through the inspiring and powerful stories of individuals, Adidas is set to inspire the world to see possibilities with a strong global film series. Further in the conversation, she spoke about her upcoming projects which include two OTT shows one for Hotstar and another for Amazon Prime. Talking about her fitness regime, Saiyami expressed her love for the same and shared that being an avid runner, staying at her farmhouse in Nasik during the lockdown turned out to be a boon for her because of the availability of the ground. She also mentioned participating in various virtual fitness sessions with her friends. Saiyami Kher Misses the Beach Life, Actress Shares Her Stunning Bikini Pic.

Saiyami also asked her fans to watch all her films and shows that are available on the OTT platforms and also requested her viewers to become more generous and spend an ample amount of time with their family and friends.

“We all are going through tough times and we need to be there for each other. Call up a friend or family member and chat with them. Be a little more generous towards with everyone, give more share more and most importantly mask up and don’t go outside of the house if not necessary,” she said.

She then spoke about her recent release ‘Wild Dog’, which was a Telegu film opposite south superstar Nagarjuna. In the movie, she played the character of a RAW agent.Mentioning her pipeline projects, Saiyami said, “I was supposed to do two OTT shows, one for Hotstar and one for Amazon, but I don’t know when we are going to shoot for it because everything is uncertain.” Speaking further about her upcoming projects, she said, “I was also supposed to do an ensemble film, for which I was supposed to start shooting soon but again due to COVID times we don’t know when things are going to start.”

Saiyami will be next seen in ‘Sharma Ji Ki Beti’.

Pulse Oximeter: How to Take a Reading on This Device Used to Measure Oxygen Saturation At Home? Uses, Price, Availability, Everything You Need to Know