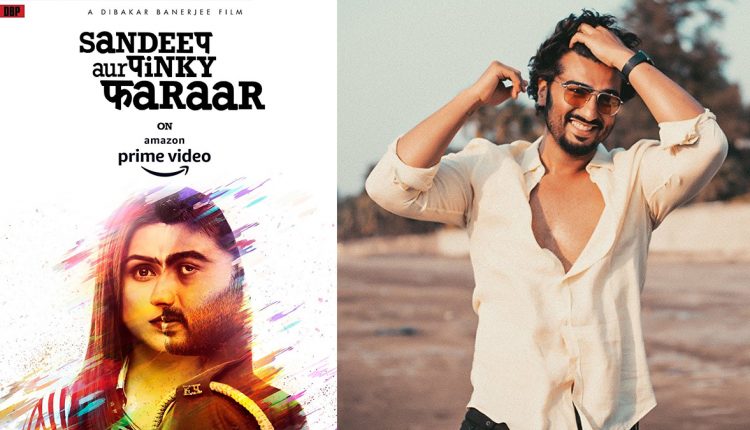 Sandeep Aur Pinky Faraar: Arjun Kapoor Feels the Climax of the Film Has Scope for a Dark and Gritty Sequel

Actor Arjun Kapoor feels the climax of Dibakar Bannerjee’s Sandeep Aur Pinky Faraar sets up the prospect of a sequel that can be dark and gritty. “If you see the climax of the film that Dibakar has so masterfully designed, you will realise that there is a scope for a sequel that can be dark, gritty, raw, and thrilling,” Arjun said. Sandeep Aur Pinky Faraar, Dil Bechara, Soorarai Pottru – How IMDB Ratings of These Movies Show We Have Been Using the Site All Wrong! (Scoop Buddy Exclusive).

He added: “Now, it is up to the director and his genius mind to tell us whether or not he sees this happening. I can assure you that whenever he gives the green signal, Pari (Parineeti Chopra) and I will be on to shoot. Arjun is thankful to Dibakar for being convinced he could deliver as the corrupt Haryanvi cop, Pinky Dahiya, in the film. Sandeep Aur Pinky Faraar Ending Explained: Decoding the Climax of Parineeti Chopra and Arjun Kapoor’s Film on Amazon Prime Video (Scoop Buddy Exclusive).

“It (the film) really took me to places that I didn’t imagine going,” he said, adding: “I’m overwhelmed because I know how much Dibakar told me to believe in myself and submit to his process.”

(The above story first appeared on Scoop Buddy on May 27, 2021 03:43 PM IST. For more news and updates on politics, world, sports, entertainment and lifestyle, log on to our website scoopbuddy.com).