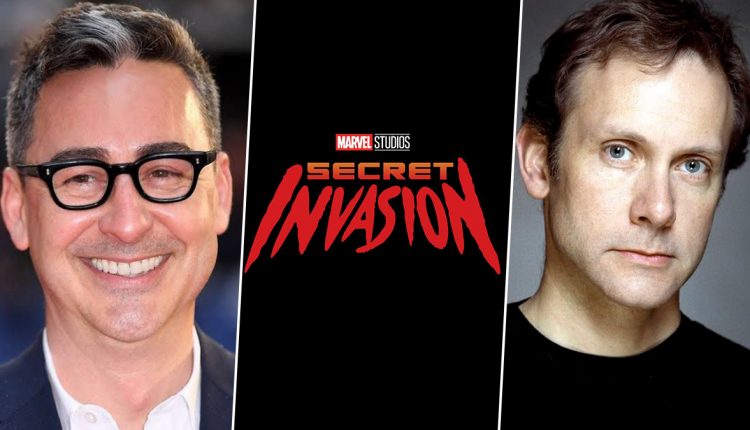 Marvel has tapped two directors for its upcoming series ‘Secret Invasion’ which stars Samuel L. Jackson. The series will air on Disney+ and tie into other shows and movies from the Marvel Cinematic Universe. As per The Hollywood Reporter, Thomas Bezucha and Ali Selim will serve as the directors for ‘Secret Invasion’. Thomas is known for writing and directing the Kevin Costner thriller ‘Let Him Go’, while Ali has worked on ‘The Looming Tower’, ‘Condor’ and ‘Manhunt’. Secret Invasion: Olivia Colman in Talks to Join Samuel L Jackson’s Marvel Series at Disney+.

The forthcoming series’ cast so far includes MCU mainstay Samuel, who will reprise his role as the former Director of S.H.I.E.L.D Nick Fury (or potentially a Skrull impersonating him), and Ben Mendelsohn, who will be back as the Skrull called Talos who first appeared in Captain Marvel. Olivia Colman, Emilia Clarke and Kingsley Ben-Adir have also been cast, with each one playing an unknown role in accordance with the secrecy that the show has maintained so far, and in keeping with its theme of mystery. Secret Invasion: Kingsley Ben-Adir Lands a Role of a Baddie in Upcoming Marvel Series on Disney+.

Plot details for the show are being kept under wraps in the mighty Marvel fashion but in the comics, ‘Secret Invasion’ revealed that Skrulls had infiltrated human society and that some of Earth’s superheroes had been replaced by Skrulls years earlier. Kyle Bradstreet, known for ‘Mr Robot’, is writing and executive producing the series. The show is expected to shoot in Europe later this year. It is unclear what the breakdown of episodes will be but could be three-three or four-two, according to sources.

Bezucha, who worked in fashion design before segueing into the entertainment business, also wrote and directed ‘The Family Stone’, an ensemble dramedy that starred Diane Keaton, Sarah Jessica Parker, Rachel McAdams, Claire Danes, and Luke Wilson, and ‘Monte Carlo’, a comedy that starred Selena Gomez and Leighton Meester. Selim, an Egyptian-American, has been working in the dramatic thriller lane in television for some time, with shows such as ‘In Treatment’, ‘Hand of God’, and ‘Manhunt’, among others. He was a story editor and writer on ‘Tower’, the 2018 mini-series created by Dan Futterman and Alex Gibney that garnered several Emmy nominations.

Meet Tedi Ticic, Aiming To Make a Difference in People’s Lives Through Entrepreneurship