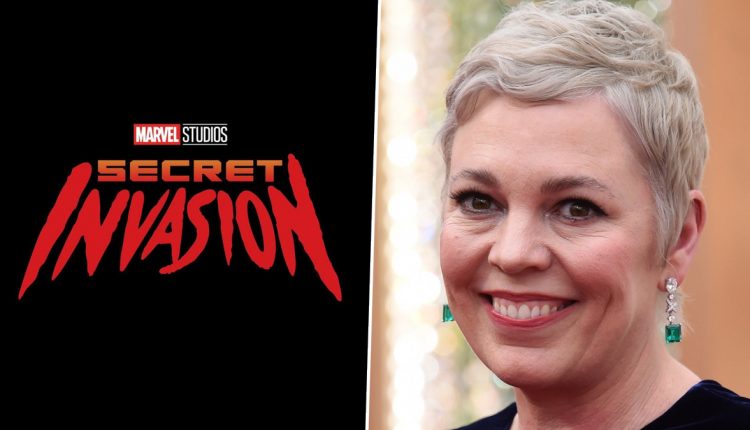 Oscar-winning British star Olivia Colman, who is nominated this year for the best-supporting actress Academy Award for her role in The Father, is in talks to join Marvel Studio’s next series, Secret Invasion. Plot details are still under wraps but the show, according to The Hollywood Reporter, uses the events of Marvel’s Captain Marvel movie to focus on Samuel L Jackson-starrer secret agent Nick Fury and a shapeshifter from the alien race known as the Skrulls (Ben Mendelsohn). Secret Invasion: Kingsley Ben-Adir Lands a Role of a Baddie in Upcoming Marvel Series on Disney+.

There is no clarity on what Colman would play in the series but an inflitration of Skrulls on Earth is said to be a part of the story. One Night in Miami star Kingsley Ben-Adir is likely to play the villain in the series, which is yet to find a director. Kyle Bradstreet, who worked on thriller series Mr. Robot, is writing and executive producing the series with a shoot planned in UK and the Europe later this year. Shang-Chi and the Legend of the Ten Rings Teaser: Marvel Drops Exciting First Promo on Simu Liu’s Birthday (Watch Video).

Colman won an Oscar for her work in The Favourite and starred as Queen Elizabeth II in Netflix’s “The Crown” but she became famous internationally with crime drama “Broadchurch”.

Do You Know MS Dhoni Once Gave CSK Captaincy to Suresh Raina Despite Being in Playing XI?

The Hungarian brand Keeway plots 8 models in India this year, eyes to…