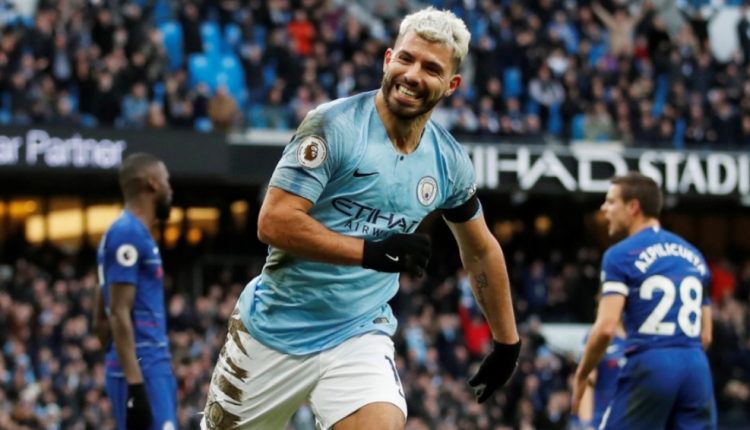 Sergio Aguero is leaving Manchester City after being with the club for about a decade and his club has planned a huge felicitation ceremony for the Argentine. The official account Manchester City read that Aguero will be felicitated after the game against Everton on Sunday as the fans make a comeback into the stadium. The Argentine will be reportedly joining Lionel Messi at Barcelona as the Catalans have already sealed a deal with the EPL club. It is further reported that Barcelona will conduct Sergio’s medical tests after the Champions League 2020-21 finals between Manchester City and Chelsea. Sergio Aguero to Leave Manchester City: Top Clubs Who Could Sign Argentine Striker in Summer.

Team Manchester City will be given the EPL 2020-21 trophy at the final whistle of the match against Everton and then there will be a lap of honour to thank the fans for the kind of support that they rendered to the club. “There will then be a special farewell ceremony honouring Sergio’s enormous contribution to the Club over the past decade. It promises to be an emotional and unforgettable moment – and the Club is keen to ensure supporters get the chance to play their own part in saying the fondest of farewells to Kun,” read the tweet by City.

There’ll be a @aguerosergiokun farewell at the Etihad on Sunday after the game! 💙

Manchester City will be playing the finals in the Champions League 2020-21 on May 29, 2021. The match will be held at the Estádio do Dragao in Portugal.

(The above story first appeared on Scoop Buddy on May 21, 2021 03:28 PM IST. For more news and updates on politics, world, sports, entertainment and lifestyle, log on to our website scoopbuddy.com).