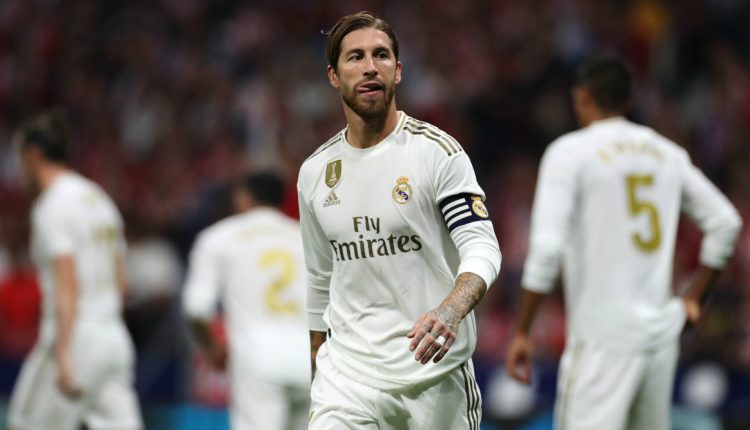 Real Madrid might be without Sergio Ramos from next season onwards as after 16 years at the Spanish capital club, the star defender is looking to move on. The 34-year-old world cup winner is in the final few months of his current contract with the Los Blancos but is yet to put pen to paper on a new deal, which has been offered to him by the club. Real Madrid Set Expiration Date on Sergio Ramos’ Contract Renewal Offer.

According to a report from Cadena Ser, Real Madrid are preparing for the exit of star player and captain Sergio Ramos as the Spanish giants have ruled out a possible renewal of the defender’s contract. The 34-year-old central defender will become a free agent once the current football season ends. PSG Offer Three-Year Deal to Real Madrid Captain.

Real Madrid have already offered a new contract to the defender, who is yet to agree on a renewal. It is understood that Los Blancos offered the 34-year-old a new deal five months ago, but Sergio Ramos is reported to accept a better offer elsewhere with several heavyweights of European football expressing interest.

The contract renewal talks have been ongoing for several months but both parties are yet to come to terms. It is understood that Real Madrid offered a 10 per cent wage cut to the defender as they look to reduce costs amid coronavirus pandemic, something the star player isn’t interested to accept after reducing his salary last year.

Real Madrid have missed the services of Sergio Ramos for the majority of this season as several injuries and positive COVID-19 diagnosis have seen the star defender miss a number of games. In his absence, Raphael Varane and Eder Militao have stepped up nicely forming a great central defensive partnership.

(The above story first appeared on Scoop Buddy on Apr 16, 2021 09:44 PM IST. For more news and updates on politics, world, sports, entertainment and lifestyle, log on to our website scoopbuddy.com).

The Hungarian brand Keeway plots 8 models in India this year, eyes to enter…