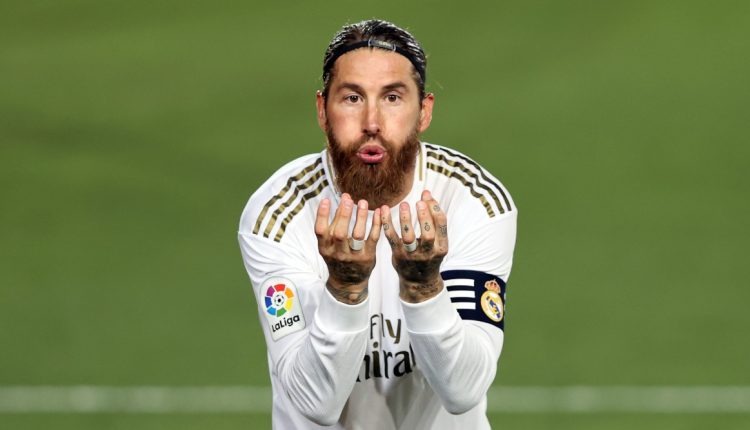 Sergio Ramos leaving Real Madrid at the end of the season is looking like a certain possibility as the Spanish star is yet to renew his deal with the record champions. The 34-year-old spent 16 years in Madrid but is likely to be part of a new club in the summer as there are many clubs interested in him with renewal talks with Los Blancos reaching a standstill after both parties failing to reach a middle ground. Sergio Ramos Transfer News Update: Real Madrid Preparing For Star Defender’s Exit.

According to a recent report from Spanish news outlet AS, Sergio Ramos’ next destination could be Paris as the French giants are stepping up their interest in the Real Madrid skipper, who is yet to put pen to paper on a new contract. The 34-year-old’s current deal with the club ends in the summer following which he will be a free agent. PSG Offer Three-Year Deal to Real Madrid Captain.

It is understood that Sergio Ramos prefers to stay in Madrid and the club have offered him a year extension but with a  10 per cent reduction on his current salary, an offer which the defender isn’t very keen on who wants a two-year deal with a possible hike in his wage.

However, with both parties yet to reach an agreement it is very likely that Sergio Ramos will be forced to find a new club for himself and the one showing interests aiming many others is Paris Saint Germain. The Real Madrid skipper is aware of the interests from the Parisians and reportedly have met with the club’s representatives.

When asked about signing Sergio Ramos, PSG boss Mauricio Pochettino said: ‘Sergio Ramos to PSG? I’m not going to answer because anything could be misinterpreted… Sergio is currently a Real Madrid player. But what I can tell you is that, like every team, we all want to improve some positions,’ leaving the door open for a possible transfer.

(The above story first appeared on Scoop Buddy on May 14, 2021 05:03 PM IST. For more news and updates on politics, world, sports, entertainment and lifestyle, log on to our website scoopbuddy.com).

Jacqueline Fernandez Requests Her Fans To Spread Love, Kindness and Sympathy at a Time When India Is Battling COVID-19

DMK MPs, MLAs Will Give a Month’s Salary for CM Fund, Says Stalin