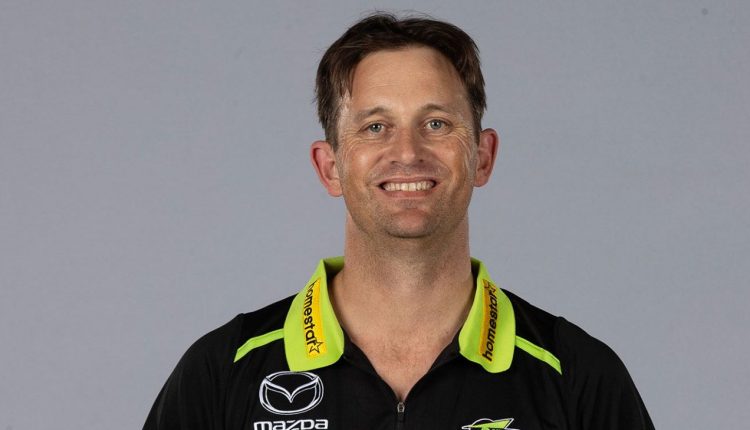 Shane Bond has opted not to seek a new contract as head coach with Sydney Thunder at the BBL to ensure he is able to spend an extended period of time at home amid the ongoing challenges caused by Covid-19.

Bond had been in the role for three seasons and the Thunder reached the expanded finals series in the last two seasons – falling in the Knockout final this summer against Brisbane Heat.

“I loved my time with the Thunder but with so much uncertainty around travel restrictions these days and not knowing what that might look like I just didn’t want to miss another summer at home,” Bond said.

“I’ll miss the boys at the Thunder, all the people from players to management. It’s a great club to be a part of. I’ll miss everybody. That will be the hardest thing.”

Bond’s decision means the Thunder are searching for a new head coach and captain for next season after Callum Ferguson was cut from the list shortly after the recent season. It also comes at a time of a wider restructuring of the BBL clubs within Cricket New South Wales with the recent scrapping of the general manager roles with the Thunder and Sydney Sixers.

“Shane has done a fantastic job over the last three years, ensuring the Thunder are in a good place for whoever takes on the role,” Greg Mail, Cricket New South Wales’ head of cricket, said.

“He has been critical to the emergence of some brilliant young NSW based talent over the last two years whilst also bringing the best out of some of our established local and international players.

“We are a values-based organisation and although we would have loved to have seen Shane at the helm next summer, choosing to spend time with his family is a decision we respect.”