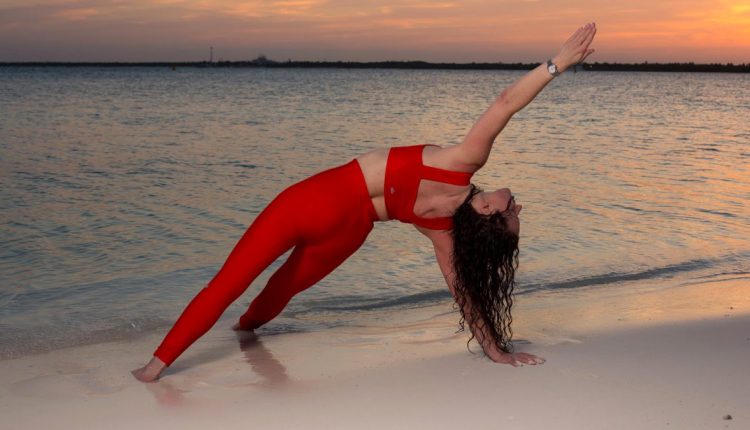 ShareLove.Fund: A Non-Profit With a Mission to Bring Yoga to Empower the Women

It is true that as 21st-century people we have witnessed immense changes in society concerning gender. Where, not long ago, women had to fight for their basic rights, are now succeeding across all the industries. Day by day we come across numerous organizations working towards this common goal. As a part of this social responsibility, ShareLove.Fund was established in 2020 amidst the worldwide pandemic by Ashley Share.

What sets ShareLove.Fund apart from other organizations is its unique approach to empowering women through yoga. It is based in Rye, New York, and is operational globally via social media. Built on the belief that empowerment isn’t about who you are or what you’re doing. It is about what you’re freeing yourself from and letting go of, eliminating the fear in the end. ShareLove.Fund was created keeping in mind the need of the hour and how women of the 21st century have been struggling mentally and physically in the said developed and woke society. In order to address this, Ashley decided to intertwine her approach with Yoga, a physical and spiritual activity known to challenge a person to grow and push thyself to greater limits, ultimately giving them the power to fight for their right, attain mental peace, acquire financial stability, seek justice and be a part of a social cause.

ShareLove.Fund was started in response to the pandemic and the lockdown, for women who were trapped in domestic abuse situations. Women who are afraid to let go of bad relationships and negativity in an attempt to make sure everything ‘looks alright.’  Specifically, it was the case of a woman in Ashley’s community, a mother who was living in her car to escape an abusive household and was stuck there due to court delays. It got Ashley thinking about how many women found themselves in such situations and lacked the means to achieve economic independence. She realized that they needed a skillset; they needed jobs. Ashley felt that there has come a time when women need to learn to trust themselves and learn to shed the burden instead of worrying about what the world will think of them. By facilitating Yoga courses and training programs, she decided to give them the practical means to stand on their own feet and find their purpose in life.

For many disenfranchised women, yoga can be a space to charge their energy to face the world. ShareLove.Fund was founded to create exactly that and more. Apart from creating a space where women can channel their inner energy and reach a peaceful state, it provides free classes to women aged 14-24. As a 501(c)(3) U.S. registered charity, ShareLove.Fund works in favor of women who are victims of abusive situations, pregnant teenagers, and incarcerated women, including the women in custody at Rosie’s, the women’s ward at Rikers Island jail in New York to help them become yoga instructors by offering free yoga teacher certification programs, vocational yoga degrees, and job placement support.  ShareLove.Fund is accredited by Yoga Alliance to offer three yoga teaching degrees, namely the RYT 200, RYT 300, and RYT 500 degrees for 200 hours, 300 hours, and 500 hours of training, respectively.

Bringing her idea alive, Ashley’s first client, the woman in the car, was able to move into a house with donated furniture to improve her chances of being reunited with her children. As an attorney and a certified yoga trainer, Ashley was successful in incorporating her two disciplines and finding a way to have them complement each other.  ShareLove.Fund seeks funding to secure a studio location in order to provide training/work re-entry for new releases of formerly incarcerated and homeless women. The idea behind this is to reduce female recidivism, which is a grim statistic as of now, having increased 700% since 1980 as per The Sentencing Project.

Ashley’s background as an attorney gives her an additional tool to help women in custody. She understands the system and knows the process that they undergo while awaiting trial. This understanding helps her structure the meditations for these women accordingly. She knows the stress these women undergo before and after each hearing and can tailor her programs to help them deal with it. Leveraging her knowledge and experience, Ashley is now channeling her energy to utilizing it for ShareLove.Fund and helping more and more women each day to stand on their own two feet. She firmly believes that empowered women and girls contribute to the health and productivity of their families, communities, and countries, and by extension passing its benefits to everyone.

Within a year of incorporation ShareLove.Fund, has become one of the fastest growing nonprofit charities working towards women’s empowerment in New York. Not only that, but Ashley has also collaborated with women internationally all the way from Hawaii to Barcelona to Pakistan. In the upcoming future, she plans to continue to empower women through a social enterprise that operates within the current capitalistic structures. This includes expanding the free yoga teaching degree course to more and more female inmates and helping them have the means to earn their livelihood. In addition, she also plans to incorporate youth in the training programs and equipping them with job skills and leadership training, thereby creating a new generation of female leadership in schools and community groups.

Ned Beatty Dies at 83: From Deliverance to Toy Story 3, Looking at 5 Best Roles of the Late Hollywood Actor