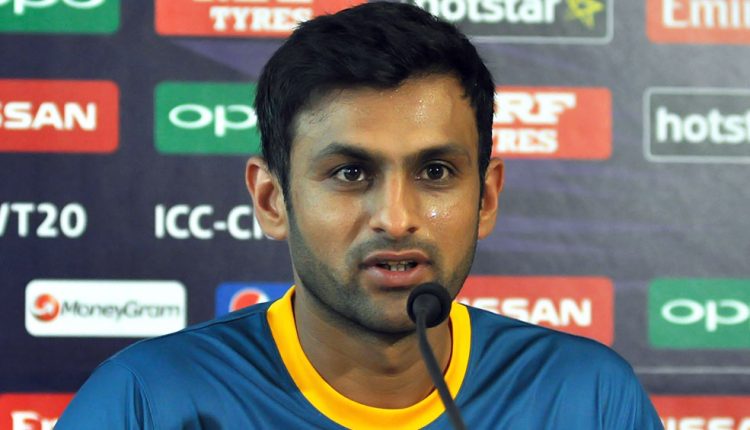 Former Pakistan captain Shoaib Malik has lashed out at the Team management following a shocking loss against Zimbabwe in Harare on Friday. The visitors were bowled out for just 99 runs in the 2nd T20I game as their middle-order once again failed to deliver on the tour as Pakistan were unsuccessful to chase a total of 119 runs as zimbabwe won their first T20I game against the Men in Green. Zimbabwe Register Their First-Ever T20I Victory Against Pakistan, Win 2nd T20I by 19 Runs.

The Pakistan team has been one of the best T20I sides in recent months but most of it has been down to the prowess of their top order as the likes of Mohammad Rizwan, Fakhar Zaman and skipper Babar Azam have been scoring aplenty. Pakistan most of the time managed to escape their middle-order fragility without damage but their shortcomings have been exposed in the opening two games against Zimbabwe, which hasn’t gone down well with former captain Shoaib Malik.

Malik in a tweet criticised the Pakistan Cricket Board (PCB) and how the team is being run at the moment and has called for the chief selectors and skipper Babar Azam to call the shots instead of the ‘unacquainted’ decision-makers who rely on ‘likes and dislikes’.

‘Unacquainted decision makers need to take a step back; Babar & chief selector need to call the shots. In my opinion we need an international white ball coach who understands cricket inside out & grooms our captain whilst giving clarity to our players for coming time’ said Shoaib Malik.

‘when your management relies on likes & dislikes especially when your cricket is just in surviving mode, then what else do expect as a nation?  On top of that when you don’t let your captain take decisions this is bound to happen.’ He added.

…when your management relies on likes & dislikes especially when your cricket is just in surviving mode, then what else do expect as a nation?

Pakistan recently defeated South Africa 3-1 in a four-game T20I series but it was mainly down to the front three scoring the bulk of the runs. In a post-match interview, captain Babar Azam also pointed pit the struggles in the middle-order.

‘It’s a very painful performance. In South Africa, we had chased down 200; similarly here, we should have won this game comfortably. But unfortunately, we played poor cricket and continued to struggle in the middle order,’ he said.

(The above story first appeared on Scoop Buddy on Apr 24, 2021 11:55 AM IST. For more news and updates on politics, world, sports, entertainment and lifestyle, log on to our website scoopbuddy.com).