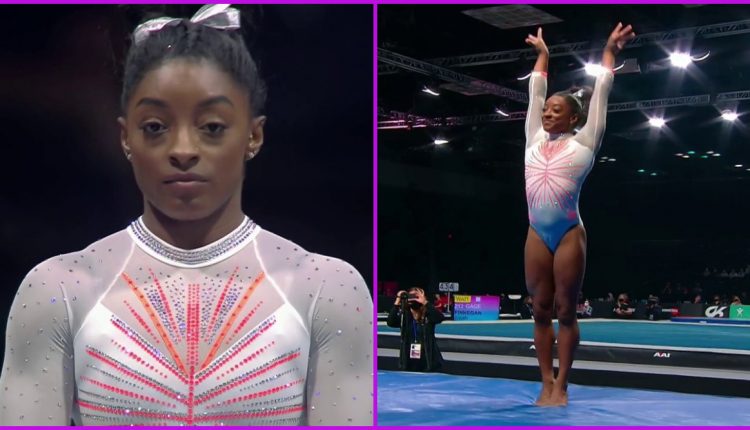 Artistic gymnast Simone Biles, on her return to the competition, made history as she became the first woman to perform Yurchenko Double Pike- a move traditionally performed only by men. The 24-year-old World Champion was competing at the 2021 GK US Classic in Indianapolis as she clinched the gold medal following the historic vault. In 2019, she landed a double-double dismount and became the first gymnast to perform it. Simone Biles Lesser Known Facts.

“I was just thinking, ‘Do it like training. Don’t try to like overdo anything, because I have a tendency as soon as I raise my hand to kind of overpower things, and I did a little bit, but at least I was on my feet. It’s a new vault and I’m proud of how today went,” she said after the event.

What is Yurchenko Double Pike?

It is regarded as a high-difficulty skill and has been performed historically only by men. Yurchenko Double Pike is a round-off onto the springboard, followed by a back handspring onto the vaulting table. It then ends with a piked double backflip into the air to landing. The move was named after former Soviet Union gymnast Natalia Yurchenko who attempted it for the first time.

She became the first women in history to land a Yurchenko double pike on vault in competition. pic.twitter.com/smuY7zH88v

Meanwhile, the five-time Olympic gold medallist was back in action after the 2019 World Championships. Biles will now take part in US championships, slated to begin from June 03.

(The above story first appeared on Scoop Buddy on May 25, 2021 10:18 AM IST. For more news and updates on politics, world, sports, entertainment and lifestyle, log on to our website scoopbuddy.com).