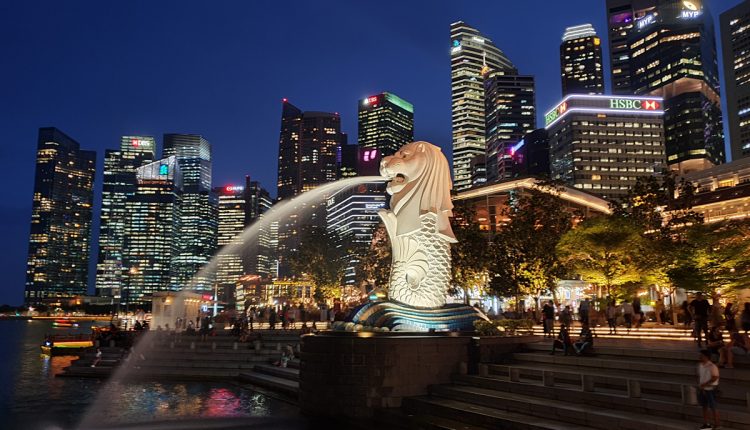 Singapore to Bar Long-Term Pass Holders, Visitors Travelling from India Due to Surge in COVID-19 Cases

Singapore, April 23: All long-term pass holders and short-term visitors who have travelled to India within the last 14 days will not be allowed to enter or transit through Singapore from April 24, as the city state was on “heightened alert” against COVID-19, according to a media report.

The decision will also impact people who have prior approval to enter Singapore, said Education Minister Lawrence Wong, co-chair of the multi-ministerial task force handling the pandemic, said on Thursday.

In addition, people who have recently travelled to India and have not completed their 14-day stay-home notice (SHN) by 11.59pm on Thursday night will have to complete their additional seven-day SHN at a dedicated facility rather than their places of residence. Americans Advised to Avoid All Travels to India, Pakistan, Bangladesh, Afghanistan and Maldives Due to Sudden Surge in COVID-19 Cases.

This group will undergo three polymerase chain reaction (PCR) tests for the virus: when they arrive, on the 14th day of their SHN and before the end of their SHN. Many of the new arrivals from India work in the construction, marine and process sectors and live in the dormitories.

“We know that this major move will have an impact on our construction, marine and process sectors. And many local SMEs and contractors will be badly impacted,” he said at a press conference on Thursday.

“The Government will be looking at providing additional support measures to help these companies,” the Channel News Asia reported quoting the Minister.

There is no evidence that the recent cases at the Westlite Woodlands Dormitory are linked to a new strain from India, said Wong.

Explaining why Singapore has tightened its border measures, Wong said the situation in India has worsened since the start of the week. He added that the SHN period is not “100 per cent foolproof”, noting that any leaks among newly arrived Indian workers could possibly introduce new strains into dormitories and result in new clusters.

India reported 314,835 new COVID-19 cases on Thursday, the world’s biggest single-day surge. The country has recorded 16 million cases and 184,657 deaths so far. A new “double-mutant” variant has also emerged in India, and is thought to be fuelling the country’s second wave.

Singapore’s Ministry of Health also confirmed on Thursday that 17 recovered workers at Westlite Woodlands dormitory for foreign workers were found to have COVID-19, although there is no evidence that these cases were linked to India or to the new viral strain that has emerged there. US Lawmakers Expresses Concern Over COVID-19 Situation in India, Appeal Biden Administration for Help.

Health Minister Gan Kim Yong, who with Wong co-chairs the multi-ministerial task force handling the pandemic, said, “Singapore is on heightened alert against the coronavirus, given rising case numbers and emerging virus variants around the world.”

The situation may escalate quickly, necessitating the tightening of measures in Singapore, he added at a virtual press conference. Viral variants – including those first detected in South Africa and Brazil – have been found in 342 imported cases, said the Health Ministry’s director of medical services, Associate Professor Kenneth Mak. All the cases were isolated on arrival and no community spread has been detected.

He warned that this number may increase over time as more COVID-19 cases are detected and more testing done. Gan urged Singaporeans to continue to be socially responsible and adhere to safe management measures. This applies to those who have already been vaccinated as well, he said. “The recent spate of cases has reminded us that we cannot let our guard down.”

“We are facing an invisible and very formidable enemy,” The Straits Times quoted the Minister Wong as saying. He added that the spate of new strains detected in other countries is a worrying development. “Perhaps after this round of vaccination, we might have to continue with further rounds of vaccination,” he said.

“Even up to beyond this year, because we will have to confront not just the virus today, but potentially new strains of the virus that may be more infectious and virulent,” he said. Singapore has detected 342 imported cases with the B117, B1351, and P1, P2, and P3 variants, said Assoc Prof Mak. The P1, P2 and P3 variants are also known as the B11281, B11282 and B11283 variants, respectively. The B1525 and B1617 strains of the virus have also been detected among imported cases into Singapore, he added.

“All these cases have already been placed on stay-home notice or isolated upon arrival in Singapore, and we’ve not detected any further community spread for any of these other variants of interest.”

In a separate statement on Thursday, the Health Ministry said Singapore has seen 46 imported cases of the B1617 variant, or the “double mutation” variant of the virus from India. There have also been five imported cases of the B1525 variant. Responding to questions about the new variants, Assoc Prof Mak said there is “emerging evidence” that some of the variants may have “an increased risk of breakthrough”.

“But yet at the same time, for many other variants, this has not been seen.” Adding that the data for the “double mutation variant” that originated in India is still emerging, Assoc Prof Mak said Singapore is monitoring the situation closely “to see whether this would be a concern particularly for us” with travellers coming into Singapore and the risk of imported cases.