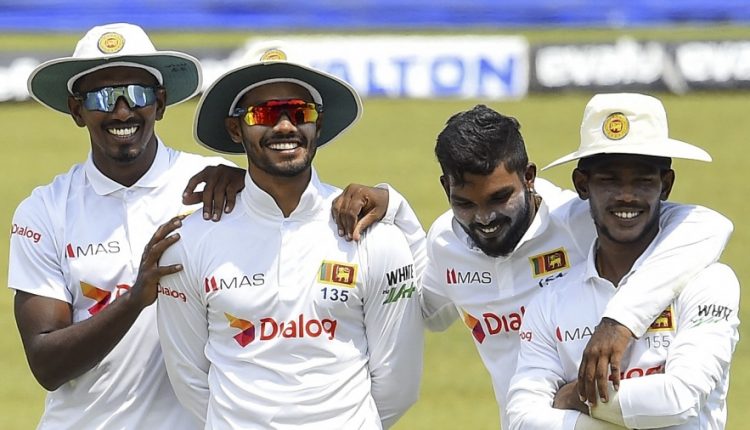 Upon realising that the Pallekele surface was offering little to the quicks and even less to spinners in the early part of this Test, Sri Lanka changed their bowling strategy. Where they had begun the Test with hopes of bundling Bangladesh out cheaply with their trio of seam bowlers, they decided that instead of chasing wickets, they would look to dry up the runs.

This was what left-arm seamer Vishwa Fernando revealed after play on day two, and the numbers do bear this out. Where Sri Lanka had conceded runs at 3.93 an over in the first session of the match, they had substantially tightened up their bowling by the second day. Since tea on day one, Sri Lanka’s economy rate has been 2.66, over the course of 103 overs.

“We didn’t get as much support from the wicket as we thought, and we felt it was dry underneath and it’s now a batting wicket,” Fernando, who picked up two wickets on the first day, said. “After the first session we knew there wasn’t much for the quicks or the spinners. We tried to get wickets yesterday, and because we tried to get wickets, we leaked a few runs. Tamim Iqbal was able to score quickly against us.

“Today, the plan was to cut down the runs and fence them in. We tried to bowl patiently and get the wickets that way. I think we did that.”

Fernando and his seam-bowling colleagues are now working under the team’s new bowling coach: Chaminda Vaas. Vaas had identified Fernando as a promising bowler several years ago, and had worked closely with him on a previous stint with the national team too.

“That Vaas aiya came in to the set-up is a big source of strength for us, because of the experience he has and the way he shares it,” Fernando said. “He talks us through situations. His tactics and bowling style are similar to mine. I personally have a lot of things to learn from him.”

Since December 2020, Fernando has also played five of the seven Tests Sri Lanka have been involved in – playing both matches in South Africa and West Indies, before this one. Sri Lanka quicks rarely get this much playing time at a stretch, and Fernando spoke of the good this consistency in selection has done for him: “As a player, being able to play a lot of matches in a short period, you get a bit of experience, and once that happens our confidence improves. I got to play matches consistently in recent months, so my confidence level is in a good place. It becomes easier to perform.”