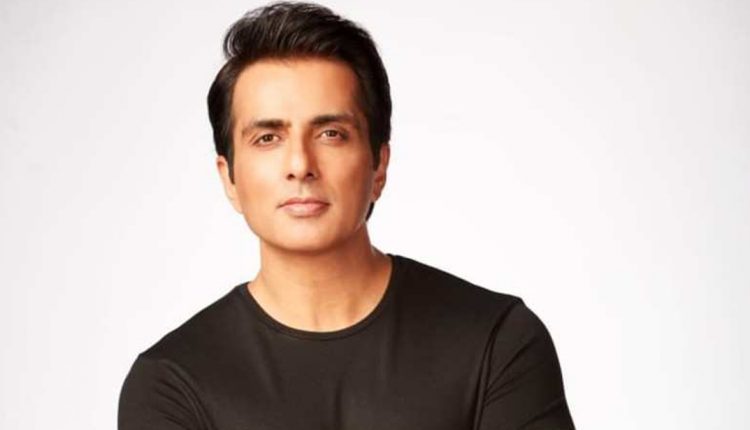 Bollywood actor and humanitarian Sonu Sood, who recently helped a 25-year-old girl by getting her airlifted from Nagpur to Hyderabad’s Apollo Hospital, on Monday once again got a critically ill COVID-19 patient airlifted from Jhansi to Hyderabad, to the same hospital. The patient’s name is Kailash Agarwal from Jhansi. The doctors at the local hospital said that his further treatment wouldn’t be possible there and had asked the family to start searching for a bigger hospital. They tried a lot, even went to the local MLA, but couldn’t. Priyanka Chopra Lauds Sonu Sood’s Plea to Govt That Demands Free Education For Children Affected by COVID-19.

It was then that they put out a request to Sonu. As soon as he saw the tweet and came to know that the patient was really critical, he started following up on getting Kailash Agarwal an apt hospital and ICU bed with a ventilator facility. Sonu found out through his connections that a bed can be arranged at the Apollo Hospital in Hyderabad. Talking about the same, Sonu said, “Doctors had asked the patient to be shifted to a bigger hospital, and the challenge was to get the necessary permissions from the District Magistrates in order to get the air ambulance and get the transfer done.” Sonu Sood Gets Emotional on the Sets of Dance Deewane 3 As He Meets the Mother of a Girl He Helped (Watch Video).

“As there are no airports at Jhansi, the air ambulance had to pick up the patient from Gwalior, and that was another major challenge to bring the patient from Jhansi to Gwalior. But the team came through and got everything set up so that no time was wasted. Now, the treatment is going well at Apollo Hospital, Hyderabad, and we hope for the best,” he added. The second wave of coronavirus has infected many people, and the number of COVID-19 positive cases has been rapidly rising. In Bollywood also, an array of celebrities got infected within a span of a few weeks.

Sonu, who has been in the limelight because of his philanthropic work, on April 17 was added to the list of Bollywood celebrities to be diagnosed with COVID-19 after Manish Malhotra, Katrina Kaif, Akshay Kumar, Vicky Kaushal, Govinda, Bhumi Pednekar, Aamir Khan, Paresh Rawal, Ranbir Kapoor, Alia Bhatt, Aditya Narayan, Kartik Aaryan, and Aamir Khan among others. Earlier, Amitabh Bachchan, Abhishek Bachchan, Arjun Kapoor, Malaika Arora, and some others were also infected with the virus.

The 47-year-old actor took his first dose of the COVID-19 vaccine at Apollo Hospital, in Punjab on April 7. The actor took to his social media accounts to share a picture from the hospital. Along with getting vaccinated against the infection, the actor had also launched ‘Sanjeevani – A Shot of Life’, an initiative to encourage people to get vaccinated against the novel coronavirus and for raising awareness about the inoculation drive in the country. Separately, on the film front, Sonu recently announced a new movie titled ‘Kisaan’, to be directed by E Niwas and backed by filmmaker Raaj Shaandilyaa. Apart from that, he will also be featured in Chiranjeevi starrer upcoming Telugu movie ‘Acharya’.

Petrol in India cheaper than UK, Germany but costlier than US, China, Pakistan,…