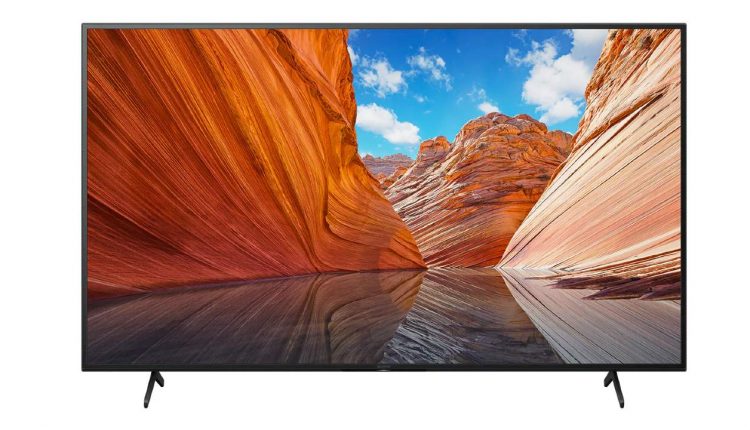 Sony has launched its 2021 BRAVIA TV in India – the X80J. The TV is available in a bunch of screen sizes including 43, 50, 55, 65 and 75-inch. Only the 65-inch is available, starting today. The Sony BRAVIA X80J is a 4K TV with support for HDR, Dolby Vision and Dolby Atmos. The biggest change coming to the TV is the all-new Google TV UI. Users also get access to the Google Play Store to download popular apps and streaming services directly to the TV. The new Sony TV is available via Sony Centres, online and offline retails. Let’s dive in and look at the specifications, screen sizes, resolution, connectivity options, pricing, and availability of the Sony BRAVIA X80J.

Kicking things off with the screen sizes, the Sony BRAVIA X80J is available in 43, 50, 55, 65 and 75-inch. However, only the 65-inch variant will be available from today while the other screen sizes in the lineup are expected to launch soon.

Under the hood, the BRAVIA X80J is powered by Sony’s X1 4K HDR Picture Processor and brings with it Sony’s Triluminos Display technology. The TV supports 4K and HDR including Dolby Vision. For Audio, it supports Dolby Atmos as well. The TV has relatively slim bezels and when kept on a tabletop has two slim feet that hold it in place. The tabletop feet have a slot in design like we saw on the X90H (review) in 2020 and don’t need any screws to hold them in place.

The BRAVIA X80J runs on the new Google TV UI. The UI is a rehaul of what Android TV users are accustomed to. Users still get access to the Google Play Store giving users access to popular streaming services such as Netflix, Prime Video, Disney+ Hotstar and many more.

In addition to coming with a Google Assistant-enabled remote control in the box, the TV can also be controlled by an Alexa enabled speaker that you may have in your house. It also supports AirPlay so you can stream Apple TV content along with content from your iOS device to the TV. The TV also boasts of Sony’s X-balanced speaker with 20W of sound output. Running on Android, the TV also supports Chromecast built-in.

Coming to the specifications of the X80J comes with support for Wi-Fi along with ethernet to connect to the internet. It also has Bluetooth 4.2. For your connectivity needs, the TV has four HDMI ports all of which support HDCP 2.3 along with support for HDMI eARC. It also has an optical port and a 3.5mm port. It comes with 2 USB ports as well. The TVs boast 20W of sound output and come with 16GB onboard storage. The 65-inch BRAVIA X80J has direct backlighting with no dimming zones.

There is no information on the pricing or launch date of the 43, 50, 55 and 75-inch screen sizes as of writing this story.