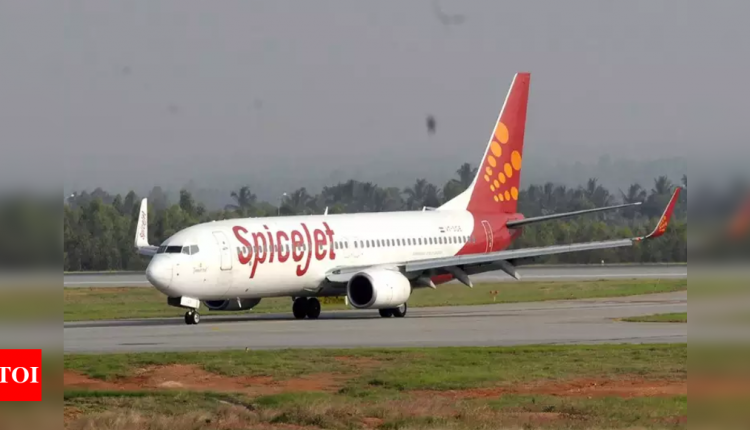 By admin On Aug 13, 2021
0
Share
NEW DELHI: Severely impacted by the second Covid wave, SpiceJet on Friday reported a loss of Rs 729 crore in April-June, 2021 — 23% more than the loss of Rs 593 crore posted in same quarter previous fiscal.
The low cost airline’s revenue in Q1 was Rs 1,266 crore, up from Rs 705 crore in same period last year. Its share price closed 0.6% higher at Rs 71.9 on BSE on Friday.
The airline’s freighter arm, SpiceXpress posted 285% jump in its revenue to Rs 473 crore in Q1 as against Rs 166 crore reported in same quarter last year.
SpiceJet chairman and managing director (CMD) Ajay Singh said he is “in the process of hiving off SpiceXpress… This will also allow SpiceXpress to raise capital to fuel its rapid growth.”
Based on the recovery in travel seen post second wave, Singh said he is “confident that SpiceJet will recover lost ground quickly as we are continuously ramping up our operations adding new stations and flights and are much better placed than this time last year.”
In his notes with the accounts, Singh admits the financial difficulties being faced by the airline.
“The company has a negative net worth as on June 30, 2021… deferred payments to various parties, including lessors and other vendors and dues to statutory authorities…. management is of the view that the company will be able to raise funds as necessary, in order to meet its liabilities as they fall due. These conditions indicate the existence of uncertainty that may create doubt about the company’s ability to continue as a going concern…. management of the view that going concern basis is appropriate. The auditors have included ‘material uncertainty related to going concern’ paragraph in their review report,” Singh says.
“The aircraft manufacturer of Q400 aircrafts initiated a claim against the company amounting to about Rs 320 crore for declarations, liquidated damages, interest and costs relating to the company’s alleged breaches of, and the manufacturer’s purported termination of purchase agreement for certain undelivered aircrafts,” he adds.
The LCC says it is in talks with Boeing to “recover damages” for the grounded B737 Max aircraft. “The company continues to incur various costs owing to the grounding and the inability of Boeing 737 Max aircraft to undertake revenue operations over the last two years now. (Engaging) with aircraft lessors of grounded MAX aircraft to restructure the present leases,” the airline said in a statement.
0
Share FacebookTwitterGoogle+ReddItWhatsAppPinterestEmail