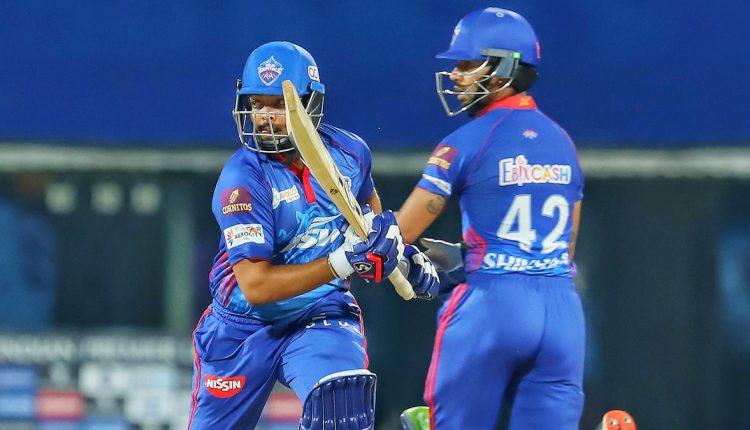 Delhi Capitals beat Sunrisers Hyderabad in a super over after the match was tied with both teams scoring 159 runs. Chasing 160 to win, Sunrisers Hyderabad needed 16 runs in the final over bowled by Kagiso Rabada. Kane Williamson started with a boundary and J Suchith smashed a massive six over mid-wicket in the third delivery but Rabada came back strong and conceded only three singles in the last three balls to help Delhi Capitals tie the game and take it to a super over. Axar Patel then gave away only seven runs in the super over which Rishabh Pant and Shikhar Dhawan chased down. Take a look at the stat highlights for the SRH vs DC match. SRH vs DC Highlights IPL 2021.

Kane Williamson’s half-century kept Sunrisers Hyderabad in the chase after they had lost openers, David Warner and Jonny Bairstow. But Williamson found little support in the middle-order. Batsmen from no 4 to 7 scored only 18 runs off 30 balls and it was only J Suchith’s cameo that kept SRH alive heading into the final over. Suchith scored 14 runs in 6 deliveries. Williamson remained unbeaten on 66 from 51 deliveries while Bairstow scored 38 from 18 balls. SRH vs DC IPL 2021 Match Heads to a Super Over After Both Teams Finish on 159 Runs.

Earlier, opting to bat first, Dekhi Capitals were off to a flyer with Prithvi Shaw and Shikhar Dhawan stitching 81 runs for the opening wicket. Shaw scored 53 from 39 balls while Dhawan was more patient and played second-fiddle. Rishabh Pant and Steve Smith then played valuable knocks to help DC to 159/4. The score was eventually enough with SRH tying the game and Delhi Capitals winning it in the super over. Take a look at the stat highlights from the SRH vs DC match.

# Amit Mishra has now dismissed 28 Batsmen by stumping in the IPL, most by a bowler

The victory was Delhi Capitals’ fourth win in five games and took them to second in the IPL 2021 points table. DC are now level on points with Chennai Super Kings and Royal Challengers Bangalore and all three teams have eight points from five matches each. SRH remained seventh in the standings and have now lost four of their five games.

(The above story first appeared on Scoop Buddy on Apr 26, 2021 12:08 AM IST. For more news and updates on politics, world, sports, entertainment and lifestyle, log on to our website scoopbuddy.com).