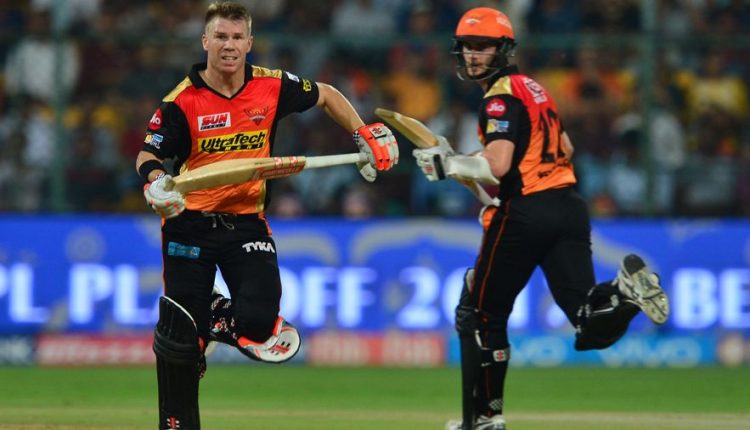 Kane Williamson will take over the Sunrisers Hyderabad’s captaincy from David Warner for the remainder of IPL 2021. The franchise has also announced there will be a change in their overseas combination for the match against the Rajasthan Royals on Sunday.

Williamson’s promotion comes a day after Warner said he took “full responsibility” for the Sunrisers’ loss against the Chennai Super Kings, their fifth defeat in six games. A game prior to that he had described Manish Pandey’s omission from the starting XI as a “harsh” call by the “selectors”.

Although he scored a half-century, Warner appeared a very frustrated figure while he batted in that match, unhappy with both his timing and the way he kept finding the Super Kings fielders instead of the gaps. Sunrisers somehow made it to 171 for 3 thanks to some clever finishing from Williamson (26 off 10) but it did not prove anywhere near a competitive total.

“I take full responsibility. The way that I batted was obviously very slow,” Warner told host broadcaster Star Sports after the Sunrisers lost to the Super Kings by seven wickets. “I was hitting a lot of fielders and [was] very, very frustrated… Look I take full responsibility from a batting point of view. I felt [that with] Manish [Pandey] coming back into the team, the way that he batted was exceptional. And obviously Kane [Williamson] and Kedar [Jadhav] towards the back end there, they put some boundaries away and got us to a respectable total. I felt that we were probably just below par from where we were. But yeah look, at the end of the day, I’ll take full responsibility.”

Govt extends timelines for tax compliance, ITR for FY20 can be filed till May 31