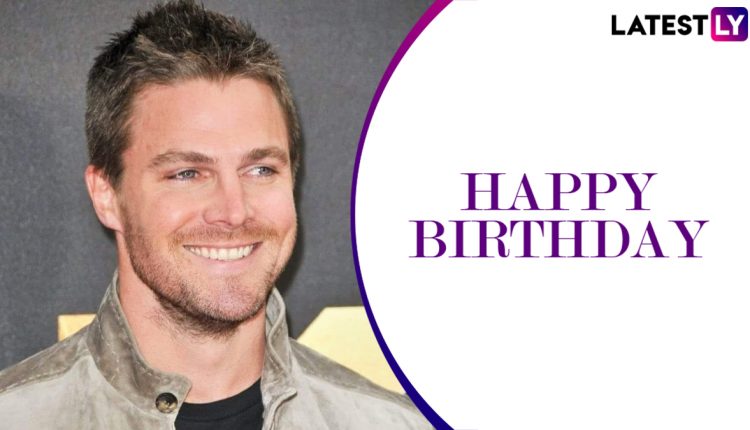 Stephen Amell Birthday: 5 Of His Best Moments as Oliver Queen Aka Arrow

Stephen Amell celebrates his birthday on May 8 and we decided to recall some of his best Arrow moments. The DC superhero who recently bid adieu to his superhero universe was among the favourite ones on the TV. While not everyone was a fan of Arrow as a superhero character, Amell certainly made us fall in love with it. The Canadian born who made our jaws drop is certainly an actor whom we loved seeing on the small screen and his physique… uff… that’s a topic for another day. Arrow Star Stephen Amell Owns Properties in the US and Pays Taxes but Can’t Vote, Here’s Why!

And while we keep drooling over his videos, it’s time we recall some of his best moments as the superhero.

When He Handed Over the Mantle to Mia

Knowing that his death is nearing, Amell’s Green Arrow decided to pass on his mantle to Mia. Knowing that she was his daughter and fit to be the next Green Arrow, he willingly lets him take his place and it was a rather emotional moment.

Damien Darhk was one of the most challenging foes that Green Arrow had to lock horns with. He was ruthless and cunning and was responsible for the death of  Laurel Lance/Black Canary (Katie Cassidy), he had to pay for his sins. And we are so glad that Green Arrow didn’t show any remorse this time.

Oliver had his own Iron Man moment when he revealed to the world that he was, in fact, the Green Arrow. After denying it in all the seasons, Oliver finally reveals himself as the Green Arrow in season six and strikes a deal with the FBI, thereby providing immunity to his Team Arrow. A good leader would always do that. Arrow Star Stephen Amell Reveals He Tested Positive for COVID-19 in Recent Podcast Interview.

When He Teams Up With Flash

Green Arrow had its crossover when Green Arrow met Flash and together they teamed up to fight their super enemies. It was in season 3 when they finally got together and formed a team thereby giving us a euphoric moment.

Yes, he died twice but that’s what heroes do, right? After fighting for the final time and also creating a new universe entirely, Oliver as the Green Arrow breathes his last. The emotions were intense but we are glad for it gave him a fitting end and a hero’s death.

(The above story first appeared on Scoop Buddy on May 08, 2021 09:20 AM IST. For more news and updates on politics, world, sports, entertainment and lifestyle, log on to our website scoopbuddy.com).