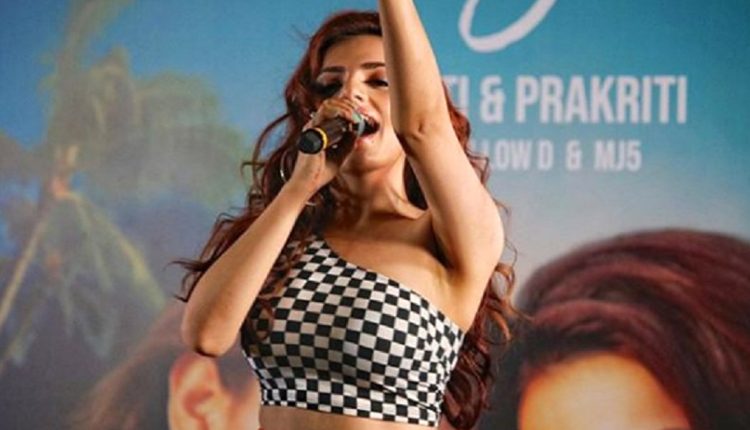 Sukriti Kakar: Single Tracks Aren’t the Future, They Are the Present

Singer Sukriti Kakar’s recent single track Galat hogeya has received a good response, just as many independent tracks that are claiming top spots on the charts, giving tough competition to Bollywood music. Sukriti feels this is a great time for budding musicians. Sukriti, along with twin sister Prakriti Kakar and Amaal Malik, recently came out with a recreation of international pop star Dua Lipa’s hit “Levitating”. Adarsh Gourav: Being a Singer Helps Me Deliver Dialogues With Right Rhythm.

Talking to IANS about the success that single tracks are garnering lately, Sukriti says: “Over the past year, there have been really few movies whose music has been high on charts. Of course, there have been very few releases. Definitely, there is always going to be comparison between non-film music and film music but I feel slowly the lines are disappearing.” Rahul Vaidya: Won’t Compare If Singers Are Bigger than Actors.

She adds: “I don’t think singles are the future, they are the present and they are here to stay. Singles are becoming huge. If it’s a good song and marketed well, it is catching the steam of something more than a Bollywood movie. I think it’s a great time for musicians and budding artistes.” Sukriti is thrilled to have collaborated with Amaal and sister Prakriti for “Levitating”.

“This has been a dream run for us. It is really big. Things like this don’t happen every day. The fact that it happened to us at such an early stage is a blessing. This is also special because Amaal, Prakriti and I are coming together for the first time, ” she says.

(The above story first appeared on Scoop Buddy on Apr 20, 2021 10:31 PM IST. For more news and updates on politics, world, sports, entertainment and lifestyle, log on to our website scoopbuddy.com).