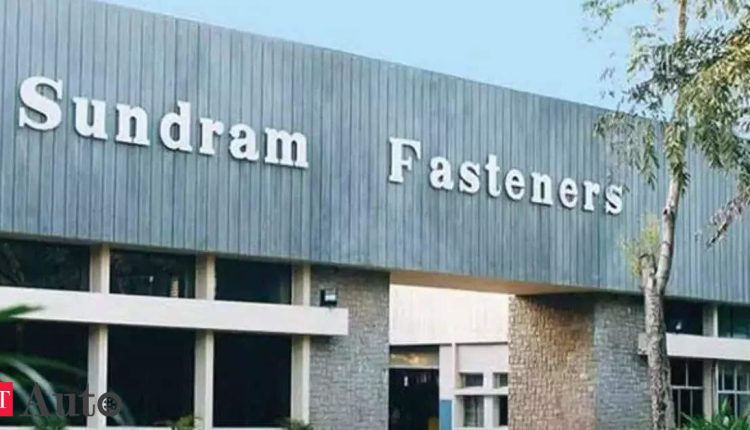 Sundram Fasteners, engaged in manufacturing of auto components has lined up INR 350 crore capital expenditure plans spread over the next five years, for manufacturing advanced automotive technology components, the company said on Saturday. Besides, the proposed investment plan, the city-based company would make investments of INR 300 crore, over the next two years in the wind energy segment, a company statement said here.

Sundram Fasteners reported a 15.6% jump on its standalone profit for the quarter ending June 30, 2022 at INR 130.11 crore. The company had registered standalone profit at INR 112.55 crore during corresponding quarter previous year.

In a statement, the company said it has chalked out capital expenditure plans of INR 350 crore spread over five years for manufacturing advanced automotive technology components like power train sub-assemblies for electric vehicles and select internal combustion engine vehicles.

“The investments proposed to be made in this direction are expected to provide a major thrust to the company’s exports in the years to come”, the statement said.

“The company has registered a strong operating performance and reported highest ever profit despite a challenging environment posted by continuous increase in raw material prices, inflationary impact in indirect materials and steep increase in freight costs and other inputs,” company Managing Director, Arathi Krishna said.

“We continue to be cautiously optimistic about the ensuing quarters”, she added.

In addition to the INR 350 crore capital expansion plan for manufacturing advanced automotive technology components, the company said it witnessed a significant potential for growth in the wind energy business.

“To meet the surge in demand, the company proposes to make additional investments of INR 300 crore over the next two years”, it said.