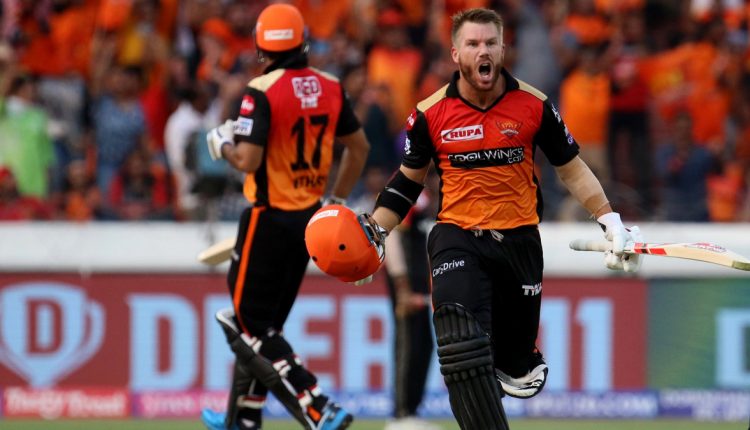 Sunrisers Hyderabad and Punjab Kings locked horns with each other at the MA Chidambaram Stadium In Chennai. The Orange Army registered its first win in the IPL 2021. Post this SRH gave a befitting reply to Punjab Kings who had said that players were hunting for ‘biryani‘. After this, Rajasthan Royals joined SRH in teasing PBKS. The Orange Army won the game by nine wickets in the match with eight balls to spare. Talking about the tweet, PBKS took to social media and wrote, “The lions are craving for 𝑏𝑖𝑟𝑦𝑎𝑛𝑖 today. The hunt begins in a few hours.” PBKS vs SRH IPL 2021 Stat Highlights: Jonny Bairstow, Bowlers Shine As Sunrisers Hyderabad Beat Punjab Kings by 9 Wickets.

They had posted a picture of Rashid Khan and Mohammed Shami sitting across each other as the caption of the snap. After the game, SRH responded to the tweet and wrote, “The treat is on us today.” Rajasthan Royals also retweeted the post by PBKS and trolled the losing team. Talking about the match between PBKS and SRH, KL Rahul’s team got bundled out on 120 runs. This target proved to be quite easy for the Orange Army.

Check out the tweets below:

The treat is on us today ☺️

The Sunrisers Hyderabad is now placed on the number five of the IPL 2021 points table with a couple of points in their kitty. The team also only won one game out of four.

(The above story first appeared on Scoop Buddy on Apr 22, 2021 05:57 PM IST. For more news and updates on politics, world, sports, entertainment and lifestyle, log on to our website scoopbuddy.com).

My Phone is Being Tapped, Will Order CID Probe, Says Mamata at Bengal Poll Rally