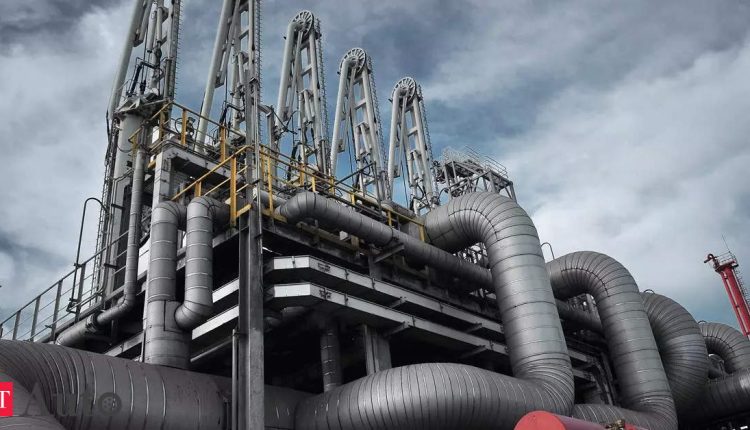 It’s getting harder for Indian importers to source natural gas from international markets as Europe is drawing away much of the global supply to its shores ahead of winter amid Russian supply cuts.

IndianOil’s tender for a spot liquefied natural gas (LNG) cargo received no bids recently, according to people familiar with the matter. Even LNG contracted under long-term deals is no longer secure as Russia’s Gazprom has suspended supplies to GAIL, they said. This has resulted in GAIL reducing gas supplies to industries, including fertiliser, power and petrochemical plants, the people cited above said. Supplies for use in CNG vehicles and homes are being maintained. But the industrial segments served by city gas companies are getting affected, they said.

Scarcity is the new challenge for Indian gas consumers already battered by high prices, currently at around $42 per mmBtu in the Asian spot LNG market.

Users Reducing Consumption
The spot LNG price has doubled since mid-May and is up 23% since the beginning of the year.

Supply cuts by Russia have set off panic in Europe, which is bidding up LNG prices and pulling cargoes from all directions to fill its storage ahead of winter when increased heating needs boost gas demand.

LNG suppliers are increasingly tempted to dishonour long-term contracts to serve Europe as the high prices offered by buyers on the continent can more than offset penalties for missing supplies to long-term customers, an industry executive said.

Europe’s LNG imports have reportedly risen 56% in the first seven months of this year from the year-earlier period.

GAIL has a 20-year contract with Gazprom for an annual 2.5 million tonnes of LNG. That’s nearly a fifth of GAIL’s global LNG portfolio. 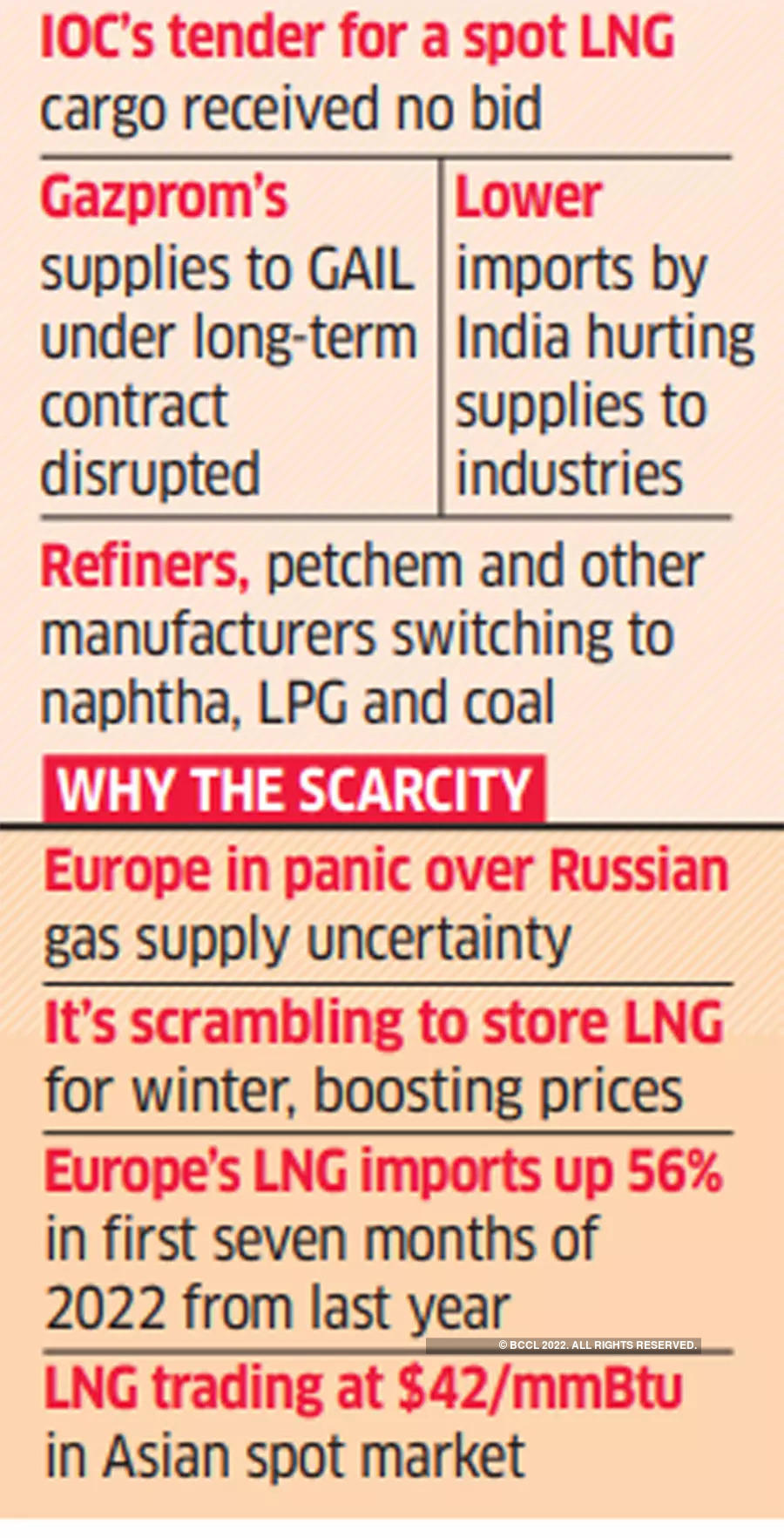 “It’s hard to replace Gazprom gas as it’s linked to oil prices and therefore much cheaper than the spot market rates today,” said one of the persons cited above.

Customers are unwilling to take replacement supplies at double or triple the expected rate, leaving GAIL with the task of rearranging the available pool among buyers as much as possible.

Indian consumers are also responding with demand adjustment. Refiners, generators, petrochemicals and other manufacturers are cutting down on gas consumption and switching to alternative fuels such as naphtha, fuel oil, LPG and coal.

Supplies from other long-term suppliers such as Qatar, US and Australia are being received as per contracts, executives said.