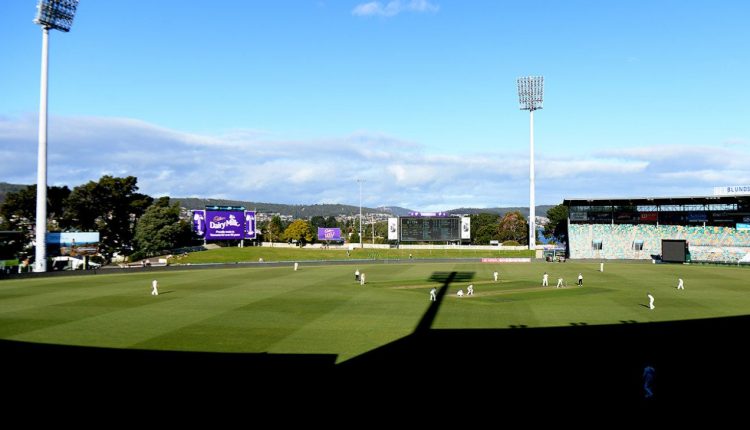 Tasmania Premier has concerns over Australia-Afghanistan Test in Hobart

Hobart’s Hazara community will help determine whether the city hosts a men’s cricket Test between Australia and Afghanistan.

The first ever Test involving the two nations, originally slated for 2020 but delayed because of the Covid-19 pandemic, is scheduled to start on November 27.

The match looms as a key Ashes tune-up for Tim Paine’s side but also a significant fixture for the Tasmanian skipper and indeed Cricket Tasmania, which hasn’t hosted a Test since 2016.

The Taliban, who recently completed a swift takeover of Afghanistan, has declared it wants the game to happen. But the question as to whether it should remains unanswered in the minds of many.

Tasmania Premier Peter Gutwein, speaking in a state budget estimates hearing on Monday, highlighted reports about the future of women’s sport in Afghanistan as being “particularly” concerning.

“I have very real concerns as to whether or not the state should hold that match without some very clear commitments being made around it, in terms of the future of women’s sport,” Gutwein said.

“What I intend to do, in terms of that match going ahead, is reach out to the Hazara community later this week and have a chat with the local communities here to get a sense as to their view.

“We’ll be seeking to engage with the Australian Cricket Board (Cricket Australia) and I want to get the feedback from our local community as well.

“If our local community felt that it would be sensible and perhaps confidence building to allow that match to go ahead then obviously that’s a different matter. But I think we need to get some advice.”

The Taliban violently persecuted Hazaras, Afghanistan’s third largest ethnic group and a religious minority, when governing from 1996 to 2001.

The Taliban have vowed to be more moderate and inclusive since reclaiming power but human rights organisation Amnesty International says there was a massacre of nine Hazara men in July.

Afghanistan Cricket Board (ACB) chief executive Hamid Shinwari recently told ESPNcricinfo that “talks with Cricket Australia (CA) are in the pipeline … the team will be heading there”.

Shinwari also said CA and the ACB remain in talks regarding a T20 tri-series on neutral turf in October, which would serve as match practice for the World Cup.

CA has repeatedly made it clear in recent weeks that it is planning for the Australia-Afghanistan Test to proceed. But the domestic and international schedule for this summer remains clouded by Covid-19 and border closures, with further changes on the cards after the women’s Australia-India series was shifted to Queensland.

Mushfiqur Rahim no longer wants to be Bangladesh wicketkeeper in T20Is