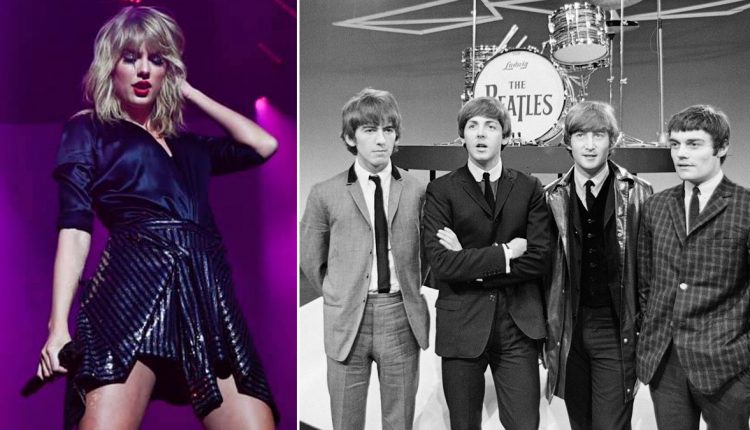 With the re-release of her much-anticipated album ‘Fearless’, American singer-songwriter Taylor Swift, on Saturday (local time) topped the UK’s Official Albums Chart, beating a long-held record by the English rock band The Beatles. According to TMZ, the album hit number 1 in the UK, and with that Taylor has racked up 3, number-1 albums- ‘Fearless’, ‘Folklore’, and ‘Evermore’ in 259 days. This has beaten ‘The Beatles’ record who took 364 days to get number 1 rank with 3 albums in a row. Taylor Swift Announces ‘Fearless’ Bonus Tracks with a Cryptic Video – WATCH.

‘The Beatles’ maintained the record for 54 years until Taylor broke the same on Saturday. The Grammy-award winning songstress extended gratitude to her fans by penning a note of thanks on Twitter that read, “WELL WELL WELL you all really went out and left my greatest expectations in shambles this week. Word on the street is you made Fearless (my version) the biggest country album 1st week of the last 6 years & the top release of 2021 so far. Honestly?? How?? Did I get this lucky??” Taylor Swift Releases Her Song ‘You All Over Me’ Featuring Maren Morris (Watch Video).

Taylor’s ‘Fearless’ was first released in 2008 and became a huge success following two of her iconic songs ‘Love Story’ and ‘You Belong With Me’. With the re-record, she re-captured her music with her own version, the rights to which she gave away when she was very young.