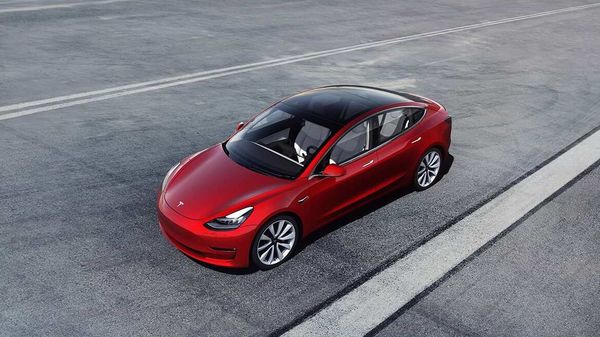 China is considering new regulations that would require data collected by intelligent cars to be stored in the country, a move triggered by recent concerns that cameras in Tesla Inc. vehicles can be used for spying, according to people familiar with the matter.

The draft regulation was published on a government portal Thursday and is open for public comment until May 15. It proposes mandating that any information collected from a car’s external cameras, such as location data or images of buildings or roads, be stored in China.

Tesla’s electric cars were banned from Chinese military complexes and housing compounds in March because of concerns about sensitive data being collected by cameras and sensors built into the vehicles. The proposed new regulation was motivated by these concerns, said the people, asking not to be identified discussing internal government matters.

A representative for Tesla in China declined to comment. China’s Ministry of Industry and Information Technology directed requests for comment to the Cyberspace Administration of China, which didn’t immediately respond to a faxed request for comment.

Shortly after the military ban became public, Tesla Chief Executive Officer Elon Musk used a virtual appearance at a Chinese conference to stress that the automaker would never use a vehicle’s technology for spying, and would be closed down if it did.

The company then followed up, saying this month that cameras in its cars aren’t activated outside of North America, and that any data it collects in China is stored in the country.

“Tesla China is a company that’s based here and must abide by all Chinese laws and regulations,” Grace Tao, the carmaker’s head of communications and government affairs in China, said on the sidelines of a state meeting April 13. “In fact, our data will be very well protected. Chinese data will be stored in China.”

China has become one of Palo Alto, California-based Tesla’s most important markets, home to its first Gigafactory outside of the U.S. and an increasingly key revenue stream. After receiving significant support from the government in establishing itself in China, Tesla has started to see more scrutiny from regulators.

A highly public protest at the recent Shanghai Auto Show — where a customer who claims the brakes failed in her Tesla jumped on top of a display car — prompted an investigation by a local market regulator and criticism of Tesla’s customer service online.

Ritika Sajdeh Wishes Hubby Rohit Sharma on His 34th Birthday, Says ‘World Is a Better Place With You in It’

Help continues to pour in from Global Inc