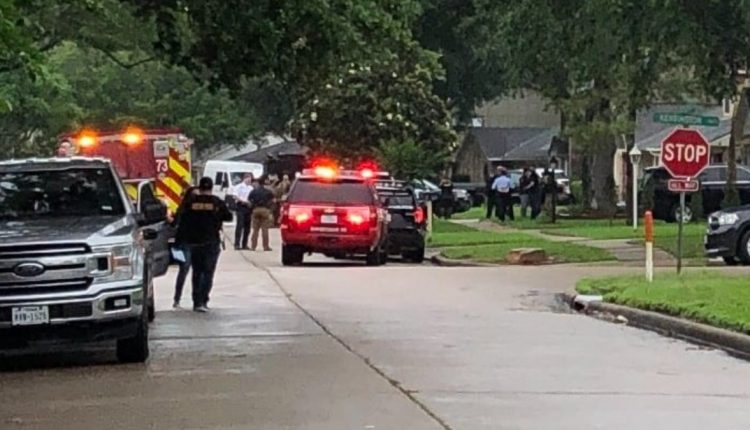 Houston, May 1: In a suspected human smuggling case, 91 people, including five coronavirus-infected persons, have been found crammed together in a two-storey building here in the US state of Texas, police said.

Based on a tip-off, a special-tactics team of the police raided the home in south-west Houston on Friday. A search warrant was served before the raid. No children were found inside the home. The younger lot of residents were at least 20 years and above. In total, there were five women and the rest were men.

The police referred to the boarders at the house as “migrants” as their nationality was yet to be confirmed. The migrants told police they were hungry, while some showed signs of COVID-19, including fever, loss of smell and taste. US President Joe Biden Halts Donald Trump’s Military-Funded Border Wall Projects.

The Houston Health Department conducted rapid COVID-19 tests and five of the boarders tested positive. The migrants would temporarily continue to stay in the house, police said. The Houston Fire Department has provided medical care, food and water to the migrants. No serious injuries were found on any of the migrants.

“When we got into the house, we realised there were over 90 people inside and so we immediately began to assess any kind of a special threat,” said Houston Police Assistant Chief Daryn Edwards. He said the people were found “huddled together” in the two-storey home, but they were not tied up. No firearms were found at the scene. “It was a big surprise when we got in the house and saw what we saw,” Edwards said.

“I don’t know if they (the ones who lodged the migrants) were going to parcel them (the migrants) off into doing some work or labour, but it is definitely more of a smuggling thing than a trafficking thing,” he said.

The police are investigating who the victims are, and who brought them here. “Anytime you see people being mistreated, it doesn’t matter what race, culture, where you come from… there’s no excuse for people to be mistreated like that,” said Assistant HPD Chief Patricia Cantu.

On Thursday, agents in Edinburg found a ‘stash house’ with 27 people hiding inside. A few hours later on Thursday, agents in Rio Grande Valley found more than 20 migrants hiding at the back of an 18-wheeler truck. The police are also looking at a possible link between these cases.