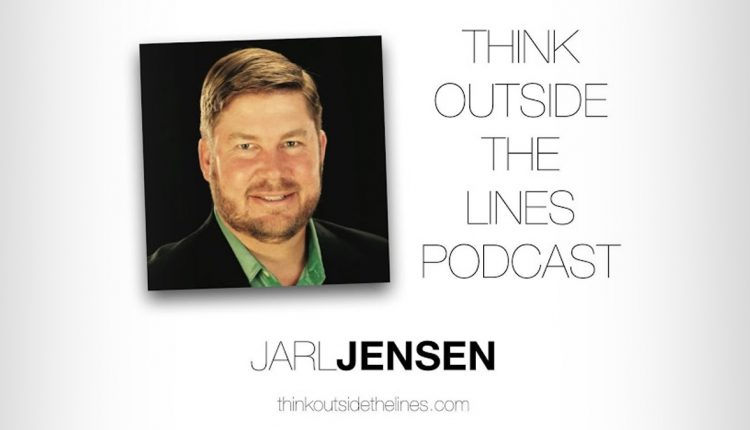 The Art of Combining Creativity and Logic, In the Spotlight: Jarl Jensen

The blessed mind is ‘creative.’ To be creative is a talent that no other species in the world possesses.  It provides tons of opportunities to try out new ideas and ways to solve problems. It creates authentic solutions and gives people options of finding a way out. Another prominent skill needed to make good decisions is ‘logic.’ It is the foundation of truth without which, many are lost. With the help of logic, one can evaluate their situation and take the best path forward. It helps people spot fallacies and find adequate solutions to fix them. Every human possesses these qualities, but unfortunately most people do not use them at the same time if at all.

Only sharp minds have the capability to combine logic with creativity and think of solutions that have the potential to create a better future. Such minds are powerhouses of ideas and are found working on big ideas.  One person who has used both of his talents for the betterment of his country is Jarl Jensen. He has used his creativity in many patents while working in his company’ Inventagon.’ He has used both, creativity and logic, in his book ‘Optimizing America.’

Saving the World with Creativity and Logic

Jarl Jensen is blessed with a sharp mind and a heart full of love. He has used both of his gifts very sensibly in every stage of life. Inspired by his father, he enrolled in scientific studies and found himself contributing to a patent at the age of sixteen. His father had an innovative mindset and wanted to share his talent with the rest of the world and so established a wound care company ‘Euromed.’ Jarl took over his father’s company as CEO after his demise in 2004 and used his creative mindset to make the business reach new heights of success with his out of the box techniques. He redesigned the product lines, enhanced its quality, reduced the costs by 50%-60%, and made it one of the top medical device manufacturing companies. The cash flow of the company increased drastically. The company’s sales sky-rocketed from earning six digits to earning eight digits as the company hit $20 million in revenue. In 2016, he sold the flourishing company for 17x earnings to a publicly-traded company.

In 2009, Jarl launched his company, Inventagon, which designs and produces medical instruments, devices, and treatment plans to improve traditional procedures. His company uses cutting-edge technology to create the latest medical breakthoughs. The firm also invests in entrepreneurial ideas that could potentially revolutionize the biotech sector. Under Jarl’s excellent guidance, Inventagon has partnered with some prominent names in the biotechnical industry, such as Boston University, Rapid Orthodontics, Priority Smile LLC, and other developing businesses. It had also won the Medical Device Design Award from MD& M in 2012.

Being a passionate patriot since his childhood, Jarl was disheartened by observing the America’s sinking economy. Although he was not an economist and did not have a strong background in commerce, Jarl used his abilities to write ‘The Wolfe Trilogy’, that contained creative solutions to fix the US’s economic issues. These three books  have a gripping storyline that keeps the readers hooked. The series reflect the inventor’s brilliant observation of America’s declining economy.

Jensen has created a movement to ‘Optimize America’ with effective solutions that can amend the economy. His methods differ vastly from the professional economist as he views the economy’s issues from an inventor’s perspective. For Jarl, every problem has a solution, and it just requires a fresh mind to think about it from a new angle.

Jensen is a ray of light the world desperately needs to see through the obfuscations of economics driven by a failing banking system.  Fixing a declining economy and thinking about the citizens’ financial situation requires a whole new level of dedication and loyalty that Jarl possesses. With his company’s efforts to make innovations that improve complicated medical procedures and ‘The Big Solution’ he has for the world, Jarl Jensen has proven to be an iconic personality. His prolific portfolio and career trajectory have inspired many to think about the country’s well being and igniting the passion to change the status-quo.

Jacqueline Fernandez’s Instagram Family Hits 50 Million-Mark, Actress Says ‘Everything I Am Is Because of You All’