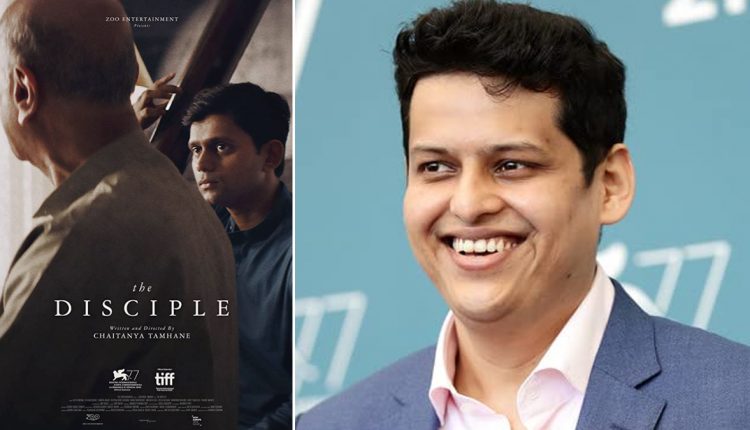 The Disciple Director Chaitanya Tamhane: I’m Told That My Films Are Not Commercially Viable, Hope To Prove Those Notions Wrong

Chaitanya Tamhane’s second directorial, the Marathi film The Disciple, dropped digitally recently after doing the rounds of the global festival circuit. Tamhane’s debut film Court had won acclaim and awards internationally, too. While he is aware of the perception that his films are not commercially viable, he hopes to reverse that view. “Given my general sensibility and my general style, I am told that it is not commercially viable and is niche in its appeal and that I will have a limited audience. I hope to prove these notions wrong,” he told IANS. The Disciple Movie Review: Chaitanya Tamhane’s Latest Winner Is an Unusual Underdog Story That Is Brilliantly Framed and Narrated! (Scoop Buddy Exclusive).

The director, whose films are universally accepted as efforts that display high aesthetic value, points out that that the audience has evolved now and are open to different kinds of stories. “The onus is on the audience in general to express their choice that they are ready for different kinds of stories. The specificity fascinates me. It adds beauty and cultural context,” he says. He says that making films on subjects that are not conventional in nature is what excites him as a filmmaker. Chaitanya Tamhane’s Marathi Film The Disciple Wins Amplify Voices Award at TIFF 2020.

“All stories that are to be told have been told. There are only so many themes in human conditioning that can be depicted and narrated as a story. It was exciting for me. Commercial viability is not something that I can anticipate or hack into. So, I don’t tend to think too much about it,” he says. Talking about the kind of response that he has got for his new film, Chaitanya says: “I feel great. Good films are like happy accidents. If there are people who like what we have done then that a gift for us. A lot of work has gone into the film. But that doesn’t mean that we can be entitled to validations and expectations. There is no guarantee that people will like it or a film will turn out good.” The Disciple is currently streaming on Netflix.

(The above story first appeared on Scoop Buddy on May 07, 2021 02:38 PM IST. For more news and updates on politics, world, sports, entertainment and lifestyle, log on to our website scoopbuddy.com).