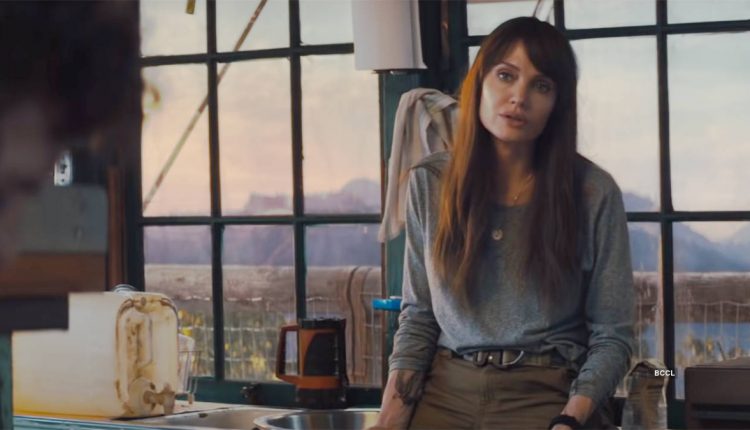 Those Who Wish Me Dead Review: Angelina Jolie Shines as a Smoke Jumper in This Thriller, Say Critics!

Helmed by Taylor Sheridan, Those Who Wish Me Dead stars everyone’s favourite Angelina Jolie. The flick is from the thriller genre where the actress plays the role of a smokejumper. The movie tells the story of a kid who sees the murder of his father and escapes into the wilderness where he meets Angeline’s character. Now, the reviews of the film are out, and gladly they are on the yay side. Yes, critics cannot get over Jolie’s screen presence. And here’s what they are saying about Those Who Wish Me Dead. Those Who Wish Me Dead Trailer: Angelina Jolie Fights Wild Forest Fires And Assassins For A Kid In This Action-Thriller(Watch Video).

The Hindu: “It is nice to Jolie in an action film after the longest time. Wish she would tie up her hair though—the thought of split ends is more distracting than the fire. Gillen is his usual smarmy self, with Hoult providing support as the acolyte.”

Scroll: “The performances are in perfect tune with the 100-minute movie’s crisp and unsentimental approach to its subject matter. Despite a schematic script – based on Michael Koryta’s novel of the same name – the movie brings home the goods by over-delivering on the basics.”

News18: “If I reveal anything more about the story, it would take away the thrill, and Those Who Wish Me Dead runs like a wish fulfilment. We want the good to live, and the bad to go, but yes the film does throw up surprises and shocks.”

Hindustan Times: “This is the sort of studio movie that used to get made a decade ago. And that’s squarely the style that Sheridan is going for in Those Who Wish Me Dead. He directs without any visual embellishments, although his story builds to a conclusion that can only be described as melodramatic.”

The Indian Express: “Overall, Those Who Wish Me Dead is a capable action-thriller that is entertaining and well-acted but is also admittedly a bit garden-variety. If you are looking for something fresh or profound, there are other options. But if you just want to have a good time, you can’t go wrong with this one.”

Indeed, after reading the review above, it’s safe to say that Those Who Wish Me Dead can be on your weekend watchlist. In India, it is available on BookMyShow Stream. Stay tuned!

(The above story first appeared on Scoop Buddy on Jun 11, 2021 08:23 PM IST. For more news and updates on politics, world, sports, entertainment and lifestyle, log on to our website scoopbuddy.com).

This Viral Content Strategist and Entrepreneur Is Changing Lives