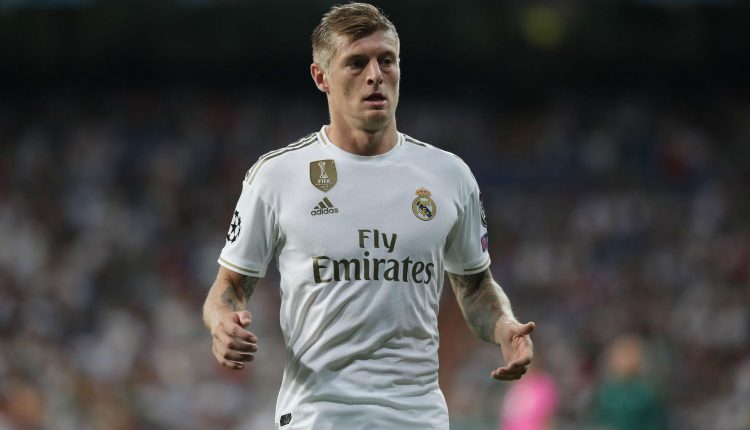 As expected Germany’s Toni Kroos is back into the squad for the match against Chelsea at the Estadio Alfredo Di Stefano. The team will take on Chelsea in the first leg of the Champions League 2021.  This is the fourth time that Real Madrid and Chelsea will take on each other. Real Madrid has announced a 22-member squad for the first leg of the game. Speaking about Kroos, he joined the team on Sunday and was seen sweating it out with the team. So he should be starting along with the likes of Luka Modric and Casemiro. Zinedine Zidane has a few issues with the roasted though. Real Madrid Coach Zidane Not Giving Up on La Liga Title.

The team will however miss out on the services of  Ferland Mendy, Sergio Ramos, Federico Valverde and Lucas Vazquez. It will be interesting to watch if Eden Hazard will start the match. Talking about the visiting team Chelsea, the team has no major roaster issues. Mateo Kovacic is the only player who is unavailable for the game. “It is only Mateo Kovacic we are missing. Everyone else is available and everyone else will be in the squad for tomorrow,” said Tuchel, Chelsea manager in the pre-match presser. Now, let’s have a look at the squad declared by Real Madrid.

Now, let’s have a look at the possible starting XI of both teams below:

(The above story first appeared on Scoop Buddy on Apr 27, 2021 10:13 AM IST. For more news and updates on politics, world, sports, entertainment and lifestyle, log on to our website scoopbuddy.com).

Adarsh Gourav Reacts on Being Compared to Late Legend Irrfan Khan, Says ‘I Don’t Think That His Legacy Can Ever Be Replaced’