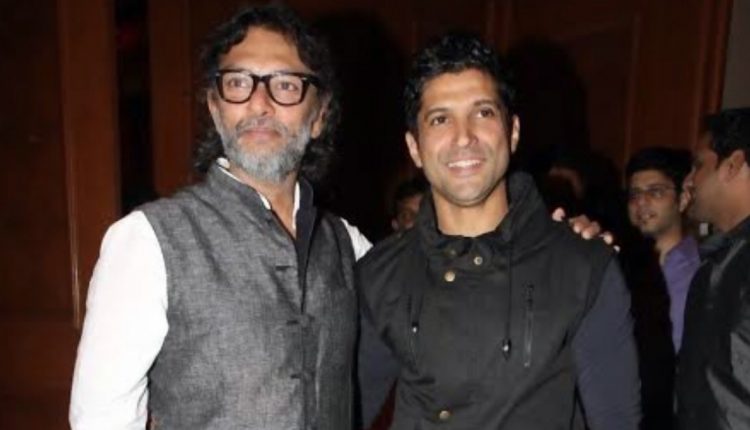 Filmmaker Rakeysh Omprakash Mehra feels his upcoming boxing film Toofaan is an underdog tale about spreading love, which is why the audience is sure to connect with the Farhan Akhtar-starrer. Toofaan is a story of an underdog and most importantly, it’s a story about spreading love rather than creating differences. Every country, whether rich or poor, is going through some issue or the other and we all carry wounds. Toofaan: Farhan Akhtar Gives Sneak Peek into His Initial Days of Training for His Boxing Movie (Watch Video).

Toofaan is not an attempt to scratch those wounds, but to apply a soothing balm. Anybody from any part of the world will identify with that,” he says. Also, boxing is a sport that people from all countries can relate to, says Mehra. “Boxing is one of the most famous sports in the world — America, South America, Russia and Europe among others are all boxing countries. So, there is identification with the film all over the world,” he says. Toofaan Teaser Out! Farhan Akhtar Packs a Powerful Punch in This Rakeysh Omprakash Mehra’s Boxing Film (Watch Video)

He also talks about gender discrimination and women empowerment. “Toofaan also has a very strong and assertive role of the female protagonist. While we’ve seen the emergence of female power in the last decade, there are miles to go. We have to question and shed our beliefs of how we look at the other sex and our biases and Mrunal (Thakur)’s role as Ananya does just that.

The diaspora around and especially women will relate to it,” he says.  Toofaan will premiere on Amazon Prime Video on May 21.

(The above story first appeared on Scoop Buddy on Apr 19, 2021 10:40 PM IST. For more news and updates on politics, world, sports, entertainment and lifestyle, log on to our website scoopbuddy.com).

European Super League: What Is It? Is It Happening? And Other Important Details About The New Proposed Football Tournament