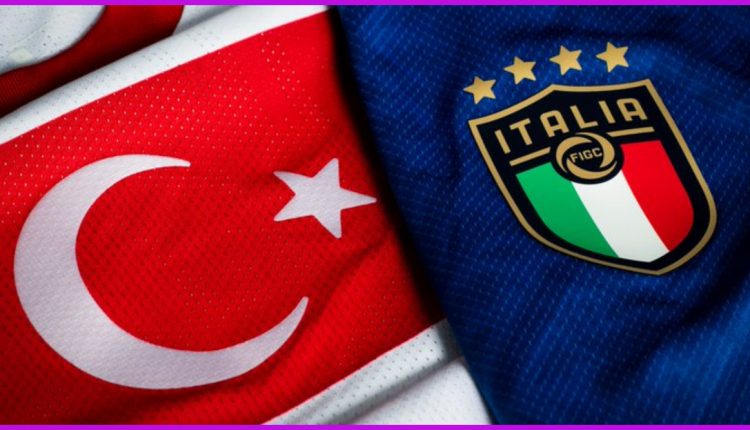 Turkey vs Italy, UEFA EURO 2020 Live Streaming Online & Match Time in IST: How to Get Live Telecast of TUR vs ITA on TV & Free Football Score Updates in India

EURO 2020 Live Streaming and Telecast in India:The much awaited Euro 2020 kicks off with giants Italy taking on the unpredictable Turkey in the curtain raiser. Italy have failed to weave the magic in international football ever since their appearance in the final of Euro 2012 and all eyes will be on manager Roberto Mancini to turn things around. The Group A clash at the Stadio Olimpico is creating a lot of buzz since both this sides have steamrolled oppositions in the qualifying phase. Turkey finished behind France in their campaign while Italy were unstoppable, topping Group J and scoring a staggering 37 times. Turkey vs Italy Euro 2020: Gianluigi Donnarumma, Burak Yilmaz And Other Key Players To Watch For.

Senol Gunes does not have any injury concern ahead of the opener with Italy which is a positive start. Burak Yilmaz, the Turkish skipper, leads the attack for the team and he will have Yusuf Yazici as the attacking midfielder behind him. AC Milan’s Hakan Calhanoglu is more of drifter but should start the game on the left flank. The main man in midfield is Okay Yokuslu with the primary responsibility of shielding the back four.

Stefano Sensi withdrew from the Italy squad after suffering an injury while training with the Italian national team and is joined by Lorenzo Pellegrini, who is also ruled out of the tournament. Chelsea star Jorginho is the one playing the anchor role in midfield with Inter Milan’s Nicolo Barella and Manuel Locatelli giving him company in the middle. Federico Chiesa and Domenico Berardi are both vying for the right wing role with the latter having the edge. Ciro Immobile is one of the best forwards in Europe and Italy will want him to be on the scoresheet tonight. Euro 2020 Day 1 Schedule: Today’s Match With Kick-Off Time in IST and Upcoming Fixtures.

What is Turkey vs Italy, UEFA EURO 2020 Schedule? Date, Time and Venue Details

Turkey vs Italy will take place late on Friday night in India, i.e. June 11 at 12:30 am IST (Indian Standard Time). The exciting UEFA EURO 2020 match in Group A will be held at Stadio Olimpico.

Sony Pictures Networks India is the official broadcaster of UEFA EURO 2020 in India. It will broadcast Turkey vs Italy live match on Sony Ten 2 in English, Sony Ten 3 in Hindi, Sony Ten 4 in Tamil and Telugu, Sony Six in Bengali and Malayalam.

Turkey vs Italy, UEFA EURO 2020 football match will be available via live stream on SONY LIV app and JIO TV. Tough game between two quality teams but it is Italy who will likely emerge as the winners by a solitary goal.

(The above story first appeared on Scoop Buddy on Jun 11, 2021 08:48 PM IST. For more news and updates on politics, world, sports, entertainment and lifestyle, log on to our website scoopbuddy.com).

MacGruber Series at Peacock Ropes In Sam Elliott, Laurence Fishburne and Mickey Rourke to the Cast

If Removing Me as PCC Chief Strengthens Congress, it Should Be Done: Sunil Jakhar