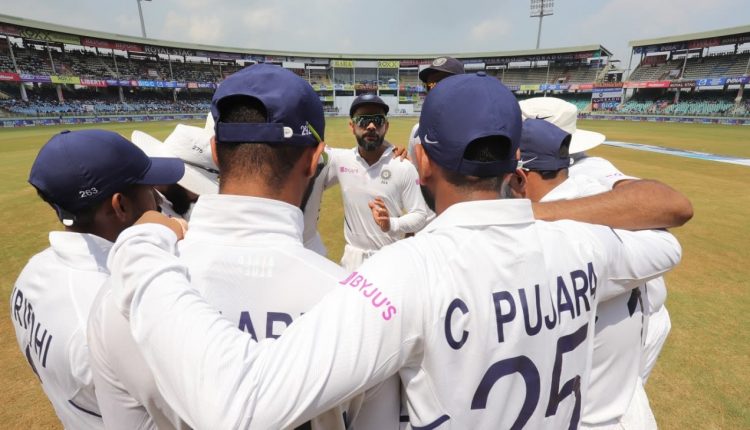 The Indian contingent that will head to the UK for the World Test Championship (WTC) final against New Zealand and the five-match Test series against England this summer will undergo a hard quarantine, spanning two weeks, starting May 19. Also part of this plan will be the Indian women’s squad, which is scheduled to play a one-off Test followed by three ODIs and three T20Is. Both the Indian squads will assemble in Mumbai and are likely to fly out together on a charter flight to London on June 2.

As per the BCCI’s plan, the 20 players in the men’s Test squad, excluding those residing in Mumbai, will start their quarantine at the team hotel from Wednesday. The BCCI has arranged charter flights that will pick up all the players, coaches and support staff from different parts of India and bring them to Mumbai.

From May 24 onwards the rest of the squad and members of the team management residing in Mumbai, including Indian captain Virat Kohli, his deputy Ajinkya Rahane, senior batsman Rohit Sharma along with head coach Ravi Shastri, will enter the bio-secure bubble at the Mumbai team hotel. The Mumbai group will also serve a strict home quarantine starting on May 19.

To ensure the bubble is completely secure, the BCCI has arranged for all members – both the men’s and women’s squads – to get three negative tests before they board the flights to Mumbai. There will be further testing done at the team hotel in Mumbai before they embark on the London flight.

Wriddhiman Saha, who is one of the two wicketkeepers along with Rishabh Pant for the WTC final and the England series, will join the Mumbai bubble in the week leading to the England departure. Saha had tested positive for Covid-19 during his stay in the Delhi leg of the IPL where he plays for Sunrisers Hyderabad. ESPNcricinfo has learned that Saha, who has been in quarantine for two weeks, has got the BCCI permission to visit his family in Kolkata before he heads to Mumbai to join the Indian Test squad.

Saha was one of the three players, along with KL Rahul and Prasidh Krishna, whose availability, the BCCI had said while naming the squad, was subject to fitness. Rahul had undergone surgery to treat appendicitis during the IPL where he is captain of Punjab Kings. Krishna, who plays for the Kolkata Knight Riders, had tested positive for Covid-19 a day after returning from the IPL to his home town Bengaluru recently.

The men’s squad will head directly to Southampton where India will play New Zealand in the inaugural WTC final between June 18-22. ESPNcricinfo understands that as per the permission sought from the British government by the ECB, which will coordinate with the ICC in hosting the WTC final, the Indian Test squad will undergo a 10-day quarantine at the team hotel which is located within the ground premises in Southampton. However unlike the hard quarantine in Mumbai, the Indian squad would be allowed to train in a controlled fashion within the Southampton bubble, which will comprise the team hotel and the ground and training facilities.

One significant question still facing the BCCI is getting exemptions for the family members of the Indian contingent. It is learnt that the ECB is working with the UK government on seeking these exemptions.

With the number of Covid cases nearing 25 million overall, India is only behind the US globally and also has the third-largest death count since the pandemic hit. Recently the UK government had put India on the red list of countries for travel – both outbound and inbound.
Despite most of its adult population having received at least one shot of the vaccine, the UK government has been cautious about incoming travellers from India mainly due to concern over the growing number of cases related to the coronavirus variant, B.1.617.2, which originated in India. On Monday, Matt Hancock, the British Health Secretary said there were about 2,323 cases of the Indian variant.

At present, the BCCI has allowed family members to be part of the Mumbai bubble. The family members will undergo the same bio-safety protocols meant for the team while living in the bubble.