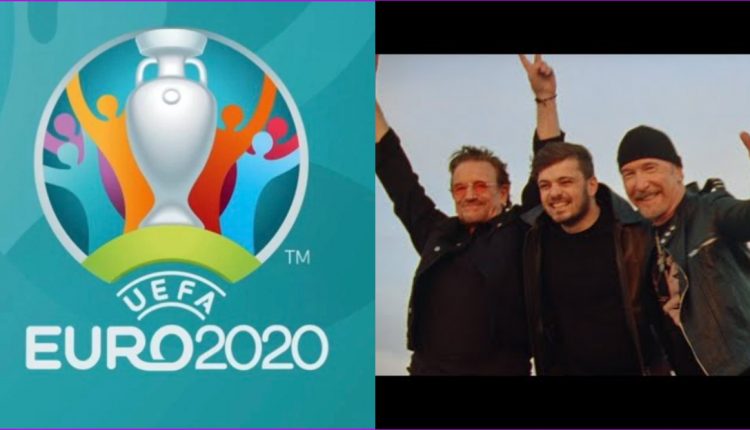 UEFA Euro 2020 Anthem: Official Song of the Tournament, We Are The People, by DJ Martin Garrix Featuring Bono and The Edge Released (Watch Video)

“Creating the music for one of the biggest sports events in the world together with Bono and The Edge has been an incredible experience. I’m very proud of what we did together and excited to finally share it with the world!” said Garrix.

“The long wait is almost over and we are delighted to officially unveil the official song for UEFA EURO 2020, We Are The People, which features some of the world’s most celebrated artists in Martin Garrix, Bono and The Edge,” said UEFA marketing director Guy-Laurent Epstein. Karim Benzema Likely to be Included in France’s Euro 2020 Squad.

“Football and music have the power of bringing people together. They are vectors of passion and emotion and combining them will extend further the fan celebration of the tournament, as well as reaching out to new audiences. With the star-studded line-up we have pulled together to create the tournament’s official music, we are confident of doing just this.”

Euro 2020 kicks-off from June 11 onwards after it was postponed last year. It was slated to take place in March 2020 but had to be postponed following coronavirus. For the first time the tournament will be played across the continent in 11 host cities- Amsterdam, Baku, Bucharest, Budapest, Copenhagen, Glasgow, London, Munich, Rome, Saint Petersburg and Seville. The final of Euro 2020 will take place at Wembley Stadium, London on July 11, 2021.

(The above story first appeared on Scoop Buddy on May 18, 2021 08:57 PM IST. For more news and updates on politics, world, sports, entertainment and lifestyle, log on to our website scoopbuddy.com).