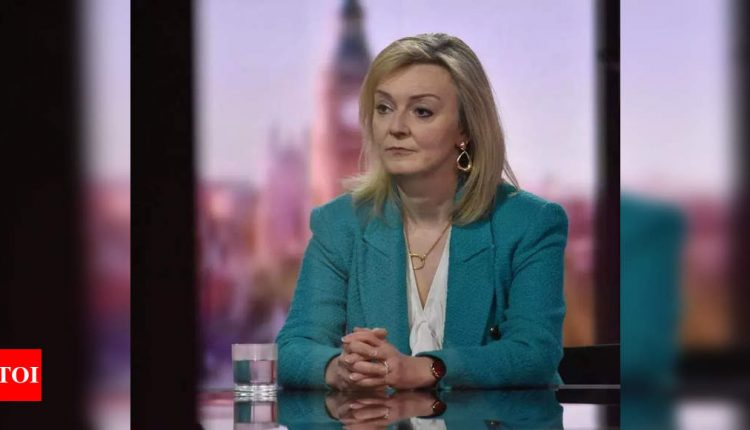 By admin On May 25, 2021
0
Share
LONDON: Britain is launching a 14-week consultation on a future trade deal with India, seeking the views of the public and business before trade minister Liz Truss hopes to begin talks later this year.
A trade accord with India is seen as a key target for post-Brexit Britain. Prime Minister Boris Johnson reluctantly called off a trip to the capital Delhi in April this year after Covid-19 cases spiralled across India.
Johnson’s critics suggest the leader went so far as to risk the British public’s health by delaying putting India on the travel “red list” – which all but bans travel to England from countries with high coronavirus cases – because of the trip.
The government denies the accusation. Britain’s top medic has said a coronavirus variant first identified in India will over time become dominant in the United Kingdom.
“We’re firing the starting gun on a free trade deal with India – the world’s largest democracy, fifth biggest economy, a nation of 1.4 billion people and a huge market for British goods like whisky, cars and services,” Truss said in a statement.
“We want an agreement that pushes new frontiers in industries of the future and helps us build a greener, more innovative and more services-led economy that will deliver higher-paying jobs across the country.”
Since completing its exit from the European Union at the end of last year, Britain is keen to secure trade deals and is particularly pursuing ties with nations in the Indo-Pacific region, home to some of the fastest growing economies.
0
Share FacebookTwitterGoogle+ReddItWhatsAppPinterestEmail

US Warns Against Travel to Japan, Sri Lanka Due to COVID-19 Concerns