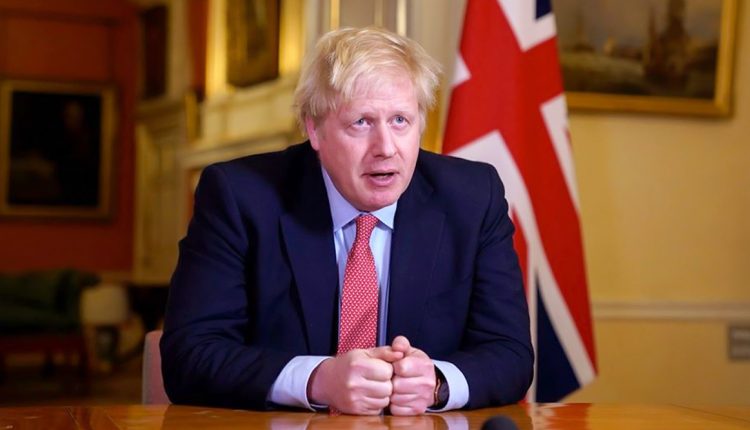 London, April 18: Britain’s Opposition Labour Party on Sunday joined calls for Prime Minister Boris Johnson to cancel his visit to India, starting next Sunday, amid growing concerns of a new variant of COVID-19 detected in the country. Public Health England (PHE) has said that 77 cases of the so-called “double mutant” Indian variant have been detected in the UK since last month and that it has now been classed as a Variant Under Investigation (VUI).

Downing Street had earlier confirmed a much shorter schedule for the UK prime minister’s visit, with the bulk of the programme including talks with Indian Prime Minister Narendra Modi set for a day-long agenda on Monday, April 26.

“I can’t see why the prime minister can’t conduct his business with the Indian government via Zoom,” said Labour’s Shadow Communities Secretary Steve Reed. “The prime minister, like all of us in public life, needs to try and set an example. I’d much rather the prime minister did it by Zoom rather than travelling to India,” he told ‘Sky News’, when asked if the visit should go ahead next week. China Blocks US-Based Think Tank’s Website Over Critique on Sanctions.

A government minister, meanwhile, stressed that there is no evidence the Indian variant can evade vaccine protection or that it is more contagious. “I’m told there is no evidence at the moment this particular variant is able to get around the vaccine or…that it is necessarily more contagious than the others – but we are looking at it, it will be studied,” said Environment Secretary George Eustice.

The variant – officially named B.1.617 – is believed to be almost certainly playing a part in the second wave of the coronavirus pandemic in India and a major spike in infection rates. It has sparked concerns among academics and sections of the UK media, who have called for India to be added to the “red list”, which involves stricter travel restrictions with a compulsory 10-day hotel quarantine for anyone returning to the UK from such countries.

Danny Altmann, a professor of immunology at Imperial College London, is among those who said that he finds it “mystifying” and “slightly confounding” that India is not yet on the red list and that those flying into the UK from there are not subjected to the compulsory hotel quarantine.

“I think we should be terribly concerned about it,” Prof Altmann told the BBC.

Meanwhile, speculation is rife that India has been kept off the red list to allow Johnson’s visit to go ahead, even though cut short, and to ensure that India-UK trade negotiations are on track ahead of India’s negotiations with the European Union (EU).

Downing Street has said that designations under the red list, which currently covers around 40 countries, are kept “under constant review” and so far the message is that the visit will go ahead in its shortened version.

“As with all the prime minister’s visits, his trip to India will prioritise the safety of those involved. All elements of the visit will be Covid secure,” the prime minister’s spokesperson said. Brazil Registers 2,929 COVID-19 Deaths in Past 24 Hours, Coronavirus Death Toll Surges to 371,678.

A lot is riding on the visit, previously postponed from a Republic Day tour in January, as the first major bilateral visit for Johnson outside Europe since the UK general election in December 2019 and the conclusion of the Brexit transition period at the end of December 2020. The priority is for both sides to agree to a ‘Roadmap 2030′, a plan for the next decade to pave the way to a free trade agreement (FTA) in future.