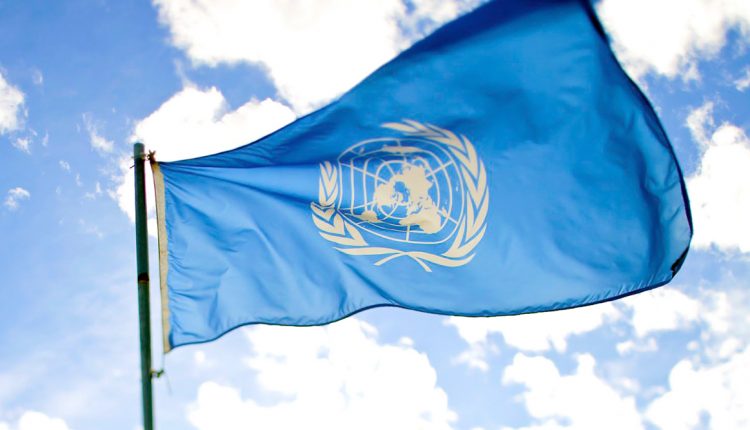 United Nations, May 17: As tensions between Israeli troops and Palestinian militant groups in the Gaza Strip were continuing unabated, the UN Security Council (UNSC) has called for an immediate end to the bloodshed.

“Fighting must stop. It must stop immediately. Rockets and mortars on one side and aerial and artillery bombardments on the other must stop. I appeal to all parties to heed this call,” he said.

Warning that the fighting has the potential to unleash an uncontainable security and humanitarian crisis and to further foster extremism, the UN chief said this senseless cycle of bloodshed, terror and destruction must stop immediately.

“The only way forward is to return to negotiations with the goal of a two-state solution, with two states living side-by-side in peace, security and mutual recognition, with Jerusalem as the capital of both states, based on relevant UN resolutions, international law and prior agreements,” Guterres added.

During the meeting, China put forward a four-point proposal regarding the escalating conflict.

According to Foreign Minister Wang Yi, the four points are: ceasefire and cessation of violence is the top priority; humanitarian assistance is an urgent need; international support is an obligation; and a “two-state solution” is the fundamental way out.

US Ambassador to the UN Linda Thomas-Greenfield said “the human toll of this past week has been devastating. Hundreds have been killed and injured by rockets and airstrikes, including children”.

“The United States calls on all parties to ensure the protection of civilians and to respect international humanitarian law. We also urge all parties to protect medical and other humanitarian facilities, as well as journalists and media organizations,” said Thomas-Greenfield.

The armed confrontation must end, said Russian Deputy Minister for Foreign Affairs Sergey Vershinin, who condemned the use of force and violence against civilians in Israel and Palestine.

Stressing that the priority is to cease fire and bloodshed, he denounced attempts to change the demographic character of East Jerusalem.

Parties must comply with international humanitarian law and protect civilians as well as infrastructure used by journalists and the media, he added.

During the open debate, senior officials from Palestine and Israel traded accusations against each other.

“Israel is killing Palestinians in Gaza, one family at a time,” Palestinian Foreign Minister Riad Malki said, adding there are no words to describe the horrors his people are enduring. Israel-Palestine Conflict: Death Toll in Gaza Climbs to 181, Including 52 Children, 31 Women; 1,225 Injured

“We are not two neighbours living side by side in peace,” said Malki, calling Israel an armed thief who has “entered our house and is terrorizing our family”.

In response, Israel’s Permanent Representative Gilad Erdan accused Hamas militants of being responsible for the escalation, saying: “What would you do if thousands of terrorist rockets were being fired at your country?”

Describing Hamas’ attacks as a “double war crime”he emphasized that Israel has always sought peace and continues to do so.

During the meeting, other countries, including France and the UK, also called for an immediate end to the rising tension, sounding alarm bells over the imminent potential for the violence to spill into the wider region.

Confrontations between Palestinians and Israelis at the Al-Aqsa Mosque compound in Jerusalem’s Old City have been intensified following a court ruling that tried to evict several Palestinian families from their homes in the Sheikh Jarrah neighbourhood in East Jerusalem.

After hundreds of Palestinians were injured in clashes with Israeli police in East Jerusalem last week, Hamas, which rules the Gaza Strip, launched rocket attacks against Israel, which responded with intense airstrikes against targets in Gaza.

The fiercest fighting between the two sides since 2014 has killed nearly 200 Palestinians and about 10 Israelis.

(The above story first appeared on Scoop Buddy on May 17, 2021 03:39 PM IST. For more news and updates on politics, world, sports, entertainment and lifestyle, log on to our website scoopbuddy.com).