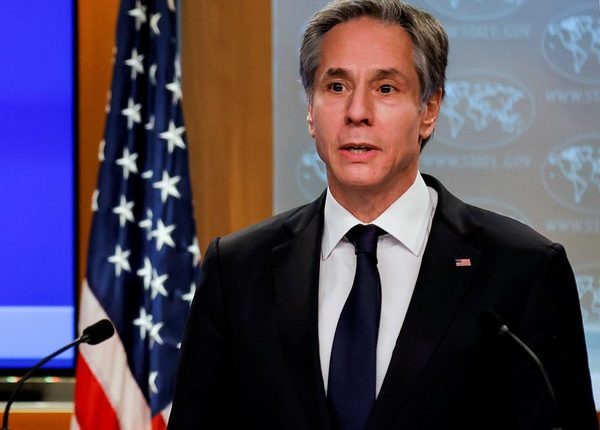 Washington DC, May 18: The United States has announced nearly USD 155 million in assistance to help meet the immediate needs of 900,000 Rohingya refugees in Bangladesh, US Secretary of State Antony Blinken said on Tuesday.

“Our assistance will help meet the immediate needs of the nearly 900,000 refugees in Bangladesh who fled from horrific violence in Burma’s Rakhine State, including women and children,” he added.

This comes a day after the US imposed fresh sanctions on Myanmar’s administrative body and high-ranking officials, in the latest punitive move following the country’s military coup on February 1.

“Thirteen of the individuals sanctioned today are key members of Burma’s military regime, which is violently repressing the pro-democracy movement in the country and is responsible for the ongoing violent and lethal attacks against the people of Burma, including the killing of children,” the US Treasury Department had said.

In the statement today, Secretary Blinken said that the US encourages the broader international community to do more and urges other countries and stakeholders to contribute to Rohingya refugees as well.

“The United States recognises the cost and responsibility that the response has placed on host countries, especially Bangladesh. We will continue to support all countries in the region that prioritise the protection of Rohingya refugees,” he said.

In the aftermath of the February 1 military coup and the brutal military crackdown in Burma, the US remains committed to addressing the Rohingya crisis, recognising that the coup leaders are many of the same individuals responsible for previous human rights abuses, including atrocities against Rohingya, Blinken added.

According to a human rights group in Myanmar, over 800 people have been killed by security forces in the country since a military coup in February. The group said that fatalities in the crackdown against pro-democracy protesters reached 802 as of Monday, NHK World reported.