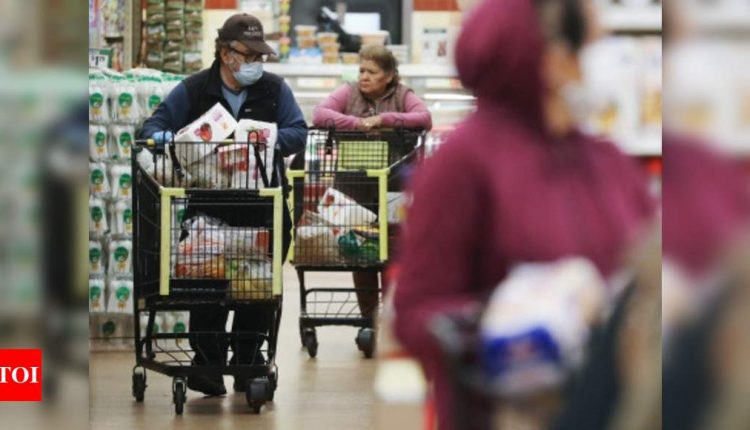 US annual consumer price inflation jumps 5% in May: Government

WASHINGTON: US consumer prices spiked last month, with the inflation rate accelerating to 5 per cent for the 12 months ending May as energy and used car prices rose, the government said Thursday.
That continues the trend seen since January as the world’s largest economy rebounds and prices recover from the sharp declines in the early weeks of the Covid-19 pandemic.
Excluding volatile food and energy goods, the “core” consumer price index (CPI) rose 3.8 per cent over the last year, without seasonal adjustment, “the largest 12-month increase since the period ending June 1992,” the Labor Department said.
CPI rose 0.6 per cent last month, seasonally adjusted, slower than in April but higher than the consensus forecast. Core CPI increased 0.7 per cent.
One third of the rise was due to used cars, which rose 7.3 per cent compared to April and are up nearly 30 per cent in the latest 12 months, the report said.
Oil prices — which collapsed and even turned negative last year — have recovered as the economy has reopened, and the data showed a 56.2 per cent surge compared to May 2020.
That jump reflects so-called “base effects” — the comparison to very low rates, such as those seen last year — that Federal Reserve officials say will be “transitory” and fade in the coming months.
In fact, the report said gasoline prices fell 0.7 per cent in May compared to the prior month.
Despite repeated assurances from central bankers that they can contain inflation, the rising price pressures raise concerns about the risk the economy could overheat.
But most economists agree inflation will be manageable.
Joseph Brusuelas of consulting firm RSM US downplayed the fears, noting the modest 2.2 per cent rise in the cost of housing.
“Ok people, this is not exactly the stuff of 1970s style inflation,” he said on Twitter. “If rents are at 2 per cent game over on inflation trade.”

Oil prices rebound after knock from US driving season data