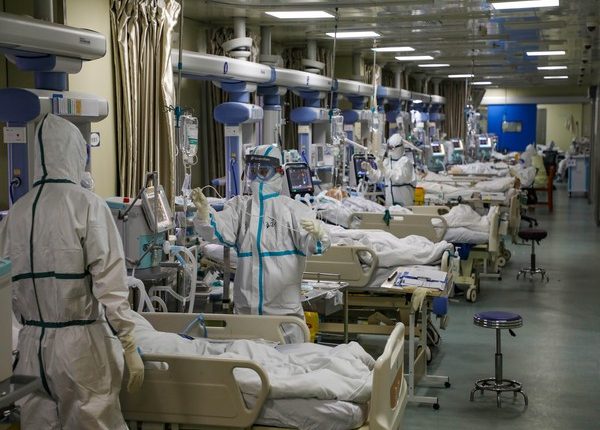 Washington DC, April 24: As India announced a grim record — the highest daily coronavirus infection tallies in a single country, several US lawmakers have voiced their concerns and have heaped pressure on the Biden administration to extend assistance, release vaccines and other raw materials critical for India.

On Friday, Senator Bernie Sanders said it was also in the United States’ own interest to ensure as many people were vaccinated as quickly as possible, to limit the chance of virus mutations that could prompt further US lockdowns. But he also appealed to Biden’s desire to rebuild US credibility in the world. “On this enormously important health issue, this moral issue, the United States has got to do the right thing,” he told a news conference. COVID-19 Surge in India: DRDO to Add 250 Beds at Sardar Vallabhbhai Patel Coronavirus Hospital in New Delhi.

A separate letter has already been sent to US President Joe Biden by a group of senators including Bernie Sanders, Elizabeth Warren, House of Representatives Speaker Nancy Pelosi, and nearly 100 members of the House on the issue to waive the intellectual property (IP) rights of pharmaceutical companies.

The United States and a handful of other big countries have blocked negotiations at the World Trade Organisation (WTO) involving a proposal spearheaded by India and South Africa which now has the support of 100 WTO members. The proposal would temporarily waive the IP rights of pharmaceutical companies to allow developing countries to produce vaccines.

Proponents are pushing Washington to change course ahead of the next formal WTO meeting on the issue on May 5. On Friday, as India hit a global single-day record of more than 300,000 new cases, reacting to a news report Congresswoman Rashida Tlabib pressed that President must support India.

“The #COVID19 crisis in India is a harsh reminder that the pandemic is not over until the whole world is safe. @POTUS must support a patent waiver to ramp up global production now.”

Prominent democrat lawmaker Ed Markey, one of the first US lawmakers to extend his support towards India noted that the US has enough vaccine for Americans and they should not deny countries like India who need support.

“India is reporting the world’s highest ever single-day COVID case rise. Earth Day is about the health of the planet and everyone and everything on it. The US has more than enough vaccine for every American, but we are denying countries like India desperately needed support,” said Markey.

Critics say as America rolls in vaccines, there are shortages being reported across India. Lawmaker Haley Stevens made an appeal to the federal government and the international community to step in and stop the virus outbreak.

“My thoughts are with the people of India during this devastating COVID-19 surge,” said Rep Haley Stevens tweet. Congressman Greg Meeks, the new House foreign affairs committee chair also took to Twitter and extended his support to the people of India.

“Sending my thoughts and support to our friends in India fighting this terrible second wave of the COVID-19 pandemic,” Congressman Meeks tweeted.