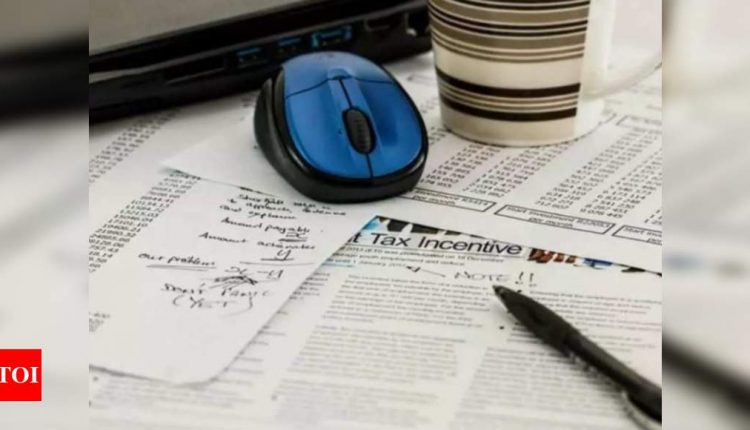 By admin On Jun 13, 2021
0
Share
NEW DELHI: The new income-tax (I-T) portal launched on June 7, which promised to be a gamechanger, continues to be plagued by glitches. Taxpayers and tax professionals find that they are unable to log in, or if at all they do manage to log in, they are unable to carry out transactions—be it uploading a relevant form or replying to a notice from the I-T department.
A day after the launch, finance minister Nirmala Sitharaman took cognisance of the various grievances pouring out on social media and passed on the message to Infosys, the tech service provider. However, as of now, taxpayers find themselves in troubled waters.

One of the most common and immediate complaints is that overseas remittances are held up because Forms 15CA and 15CB cannot be uploaded. The former is a declaration made by the remitter that tax has been deducted at source on payments made to the non-resident. Banks are now becoming more vigilant in ensuring that this form is received by them before remittance is made. Form 15CB is a certificate furnished by a chartered accountant that the provisions of the relevant tax treaty and the I-T Act have been complied with when making the overseas payment.
Anish Thacker, president at the Chamber of Tax Consultants (CTC), says corporate entities are badly hit. “As Form 15CA cannot be uploaded, overseas remittances are held up. Corporates are being treated by the overseas party as defaulters and they are being subject to penalties for late payment and their reputation is at stake.”
Ameet Patel, chairperson of the taxation committee at Bombay Chartered Accountants’ Society (BCAS), rues that “taxpayers cannot reply to notices received from the I-T department. In some instances, if the reply is not received within a certain period of time, the case can become time barred. Owing to the non-functionality of the I-T portal, many such taxpayers will suffer penal consequences”. These are not minor glitches, but major issues that need immediate attention,” adds Patel.
Taxpayers are currently facing a host of other issues as well. Patel illustrates: Newly incorporated companies or firms are not able to register themselves on the I-T portal. It is not possible to register the TAN number for filing tax deducted at source returns, digital signature certificate is not getting registered or updated.
A tax practitioner who tried to register a corporate client, got a message saying: As you are a minor, you are not authorised under the law to register.
Thacker says a parallel run of the old and new I-T portals for a month or two could have eased the issues which taxpayers are facing. A 998-page note on guidelines on how to navigate the new I-T portal has also raised eyebrows.
All taxpayers, including the salaried (whose I-T returns for the FY 2020-21 are due in September) may continue to face a huge hurdle if the problems aren’t addressed. “Profile updation requires matching of Aadhar as well as PAN details and more often than not, mismatches are shown. For instance, if one word in the address is missing or spelt differently in one of the two identity cards then there will be a mismatch, which cannot be rectified on the portal. This means we have to either update our Aadhaar or PAN,” points out a chartered accountant.

Cristiano Ronaldo Sets His ‘Eyes on the Ball’ Ahead of Hungary vs Portugal, Euro 2020 (See Pic)