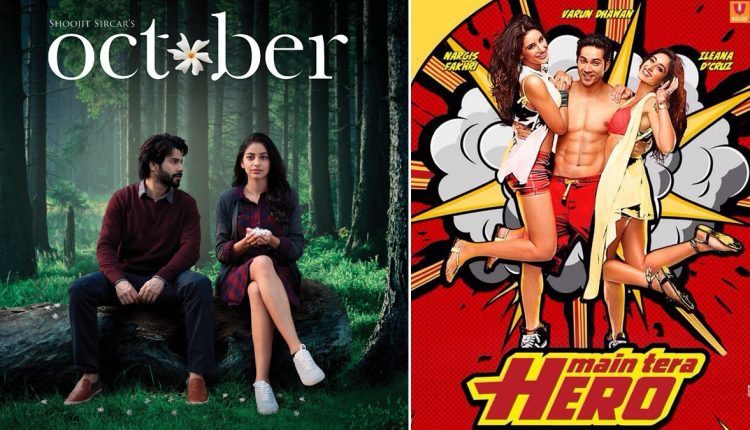 Varun Dhawan Birthday: From October To Street Dancer 3D – 10 Highest Rated Movies Of The Actor On IMDb And Where To Watch Them Online

Varun Dhawan celebrates his birthday today and we have decided to celebrate it with him by listing down the 10 highest ranked movies of his on IMDb. These ratings are damn interesting because, for one, these are done by users of the movie-ranking website. Second, it often throws such amazing surprises that you wouldn’t even believe. For example, the highest-rated movie of Varun Dhawan on this site My Name Is Khan. He was an assistant director in that movie. But that’s a story for another day. Since we are talking about movies that had Varun in the lead, MNIK just doesn’t fit the bill. So let’s begin! Varun Dhawan Birthday Special: 5 Reasons Why He Is One Of The Few Bankable Stars of His Generation At The Box Office

Isn’t this surprising to see October as the highest-rated movie of VD? It seems IMDb users loved this movie more. VD doesn’t resort to any of his traits that the actor is famous for and that seems to have worked tremendously with fans.

After October, this doesn’t come as a surprise at all. Badlapur is Varun’s first brush with thriller cinema and the actor excelled in it. He did get enough support from the likes of Nawazuddin Siddiqui and others but the actor managed to stand his ground in front of such acting giants.

Another no-brainer now. YRF’s Sui Dhaaga saw Varun in a role very uncharacteristic of him. He is timid, shy and bashful in this film which seemed to have worked well with his fans.

Here comes what every Varun fan loves to admire. The cheeky, cocky, and fun-filled VD doing exactly what he is known for – entertain the masses. His chemistry with Alia Bhatt has always been electrifying

The first in the Dulhania series had a distinct DDLJ vibe which worked wonders for the film. Then there’s Alia and Varun or as they are called Valia making it worth a watch in every scene.  Varun Dhawan: Lucky To Shoot ‘Bhediya’ in the COVID-Free Town of Ziro in Arunachal Pradesh

Any Body Can Dance 2

A sequel to a surprise hit dance movie, ABCD 2 was right up Varun’s alley and he did complete justice to his role. It’s not all funky cool street smart guy but a person with a mission.

Student Of The Year

This is where it all began. This is when we got the fabulous Alia Bhatt and the box office wizard Varun Dhawan. This will always be special for the TG it catered to and the industry it served.

A Shah Rukh Khan-Kajol film but Varun Dhawan turned out to be the charmer. A two-hero film that is such a rarity in Bollywood today.

Varun Dhawan and John Abraham’s bromance is one of the highlights of the film. VD’s fun act is perhaps the only good thing about this film.

Varun returns as the cheeky cool dude in this remake of a hit movie from the South. While there are a lot of objectionable scenes here, VD kept the entertainment quotient high.

(The above story first appeared on Scoop Buddy on Apr 24, 2021 12:00 AM IST. For more news and updates on politics, world, sports, entertainment and lifestyle, log on to our website scoopbuddy.com).