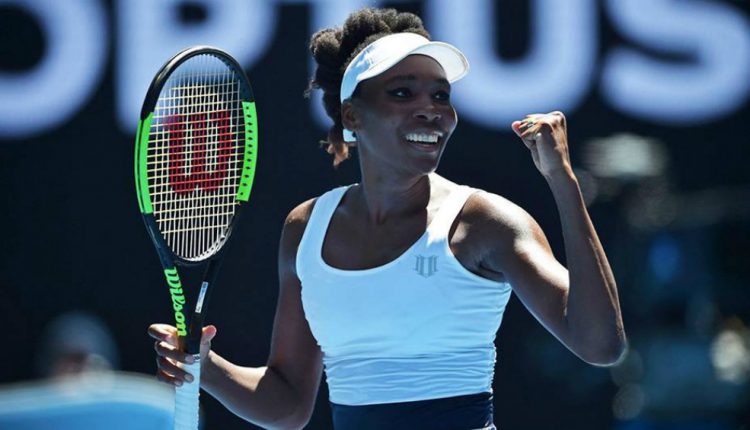 Venus Williams had an angry confrontation with the chair umpire at the Emilia-Romagna Open 2021 in Parma during her game against Anna Schmiedlova. Reason? So the 40-year-old tennis star was losing her grip due to heavy winds and this actually forced her to take more time on the serve. The chair umpire then pointed out the violation to which she was heard saying, “I can’t control God. I’m just saying that the wind blows and there is nothing I can do about that,” she said in an angry confrontation. Heartbroken Venus Williams Battled Tears As She Walked Off Silently After A Humiliating Defeat Against Sara Errani During Australian Open 2021 (Watch Video).

She was seen pointing her fingers at the sky and further said that she can’t control God and the chair umpire was free to talk to him. Just after saying this, Williams walked to the baseline. The video of the incident went viral on social media and now has become the talk of the town. Talking about the game, she won the first set 7-5 but lost momentum due to unforced errors. She lost the remaining two sets by 6-2.

Now, let’s have a look at the video of the incident below:

Prior to this, even Novak Djokovic had an angry confrontation with the chair umpire who did not call off the game despite rains pouring in. However, the Serbian tennis ace apologised for his behaviour and the video of the incident went viral on social media.

(The above story first appeared on Scoop Buddy on May 18, 2021 03:12 PM IST. For more news and updates on politics, world, sports, entertainment and lifestyle, log on to our website scoopbuddy.com).