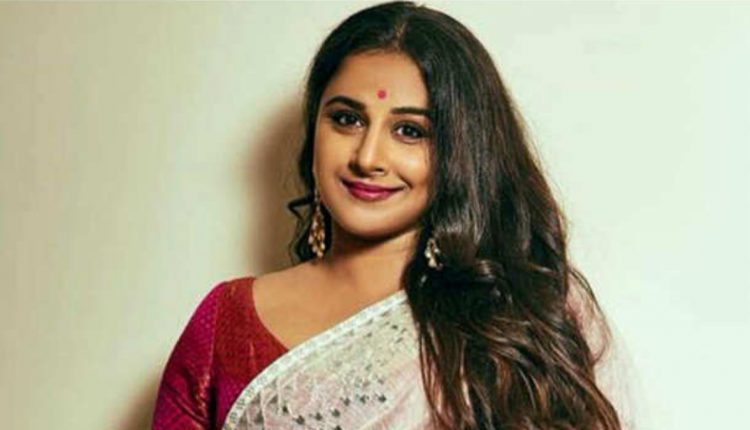 Vidya Balan on Her Image of Breaking Stereotypes: It Was Something I Did Unconsciously

Vidya Balan has time and again challenged Bollywood stereotypes with her roles, living out her characters with power-packed performances. The actress says it was not something that she did consciously. Ever since she made her Bollywood debut with Parineeta in 2005, Vidya has wowed the Hindi audience with her work in films such as Bhool Bhulaiyaa, No One Killed Jessica, The Dirty Picture, Paa, Kahaani, Ishqiya, Mission Mangal, Tumhari Sulu and Shakuntala Devi. She will next be seen in Newton maker Amit Masurkar’s Sherni, which casts her as a forest officer. Sherni Trailer: Five Similarities Between Vidya Balan’s Movie And Rajkummar Rao’s Newton That We Couldn’t Ignore.

“My passion for what I do has seen me through because I really can’t change anything about myself, so I did not set out to break stereotypes. I just said if it doesn’t work, too bad it has to work, because I am going to make it work. It has to work because I want to be an actor,” she added.

The actress, who at the age of 16, starred in the sitcom “Hum Paanch” and essayed the role of the bespectacled Radhika in the sitcom, “did not challenge the stereotype with a conscious mind”. “So, I think those stereotypes were challenged not consciously but probably unconsciously,” she said.

Currently, she awaits the release of Sherni, where she plays an upright forest officer battling social barriers set by the patriarchal society and lackadaisical attitudes within her department. “Each of us is a Sherni, but it feels wonderful to be called one!” she smiled, and added: “They are all women who derive their identities from the work they do. They are very passionate about the work they do, because I feel I am that woman, too. So, therefore, I steer towards these characters. I like women with purpose and therefore I tend to choose them.” Sherni Trailer: Vidya Balan’s Forest Officer Tries To Tackle Natural and Man-Made Obstacles in this Amazon Prime Video Film (Watch Video).

Vidya added: “The more I look around me, more and more of us are finding that purpose, are living out our dreams. I think it is also a reflection of what’s happening in the world around us because cinema is a reflection of reality.” Sherni is scheduled for a digital release on June 18 on Amazon Prime Video.

(The above story first appeared on Scoop Buddy on Jun 11, 2021 06:04 PM IST. For more news and updates on politics, world, sports, entertainment and lifestyle, log on to our website scoopbuddy.com).